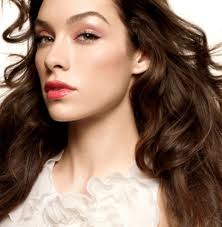 There are a few things women must do in the bathroom but life would be so much better if we did them out in the bright and devastatingly honest sunlight.

First, plucking our eyebrows.  Many of us spend hours of our fleeting lives inches from a mirror trying to pluck individual hairs from our face.  Not only does it hurt a little, it’s hard.  I’ve discovered plucking my eyebrows in my car is much easier and I do a better job.  Because the sun is really bright. I can flip my mirror down while I’m parked in the sunshine and do an excellent job on my eye brows. Now you know why I have tweezers in my cup holder.

Shaving our legs.  At least once a week, as I’m getting out of the car I look down and realize I’ve mist major acreage on my legs. Because the hair on my legs is blond they don’t really show up until I’m in the sun shine and they glimmer like sparkly threads on my knee.  If I could sit outside and shave my legs in the brilliant Arkansas sunlight this probably wouldn’t happen. Instead I’m forced to shave in a dimly lit shower, I have to balance on one leg, in the steam on a slippery surface and hope I don’t slice an artery. This is dangerous stuff.

Finally, putting on eyeliner would be so much easier outside.  It’s hard to draw a straight, soft, gently contoured line on my  squishy  eye lid without pokeing myself. Even after all these years.

The answer to all these problems, an enormous mirror on the side of my house, with a little stool in front. And maybe, if I’m really lucky, my husband  will look at it once in a while, before he leaves the house, and realize the stained and sagging blue jeans and ten year old washed out AC/DC tee-shirt really isnt’ working for him anymore.

Men and women are both stupid and so different. This becomes painfully apparent every time I get mad at a man.

When Alex gets upset with me he generally walks away, starts reading or watches a dumb CSI type tv show.

When I get mad I let him know it. I do crazy things to show him  how up set and angry I am.

I don’t set up the coffee pot, so it’s not ready for him in the morning. (So Evil)

I don’t fold his clean laundry, instead I leave it in a heaping pile on his dresser.

I move all the good pillows to my side of the bed when he’s not paying attention.

I have a good friend who happens to be a man and I get mad at him ALL THE TIME!  When I’m mad and he texts me…I send back one word answers.  I put stuff on his desk without talking to him.

I feel as though my red hot seething lava like anger is so obvious, they would have to be absolute idiots not to notice. But guess what? The men in my life never ever notice my angry gestures. The empty coffee pot means nothing to Alex. He might grumble about it but he never connects it to my anger. He just figures I forgot.

Women, if you are mad at a man, he’ll never know  unless you do one of two things.  1. Tell him   2. Break his windshield with a cinder block….then tell him.

If you stop talking to him, burn his toast or leave the room every time he walks in…he will not make the connection.  He’ll just think you’re having hormone problems and want to be left alone.

The strange thing is, women never play these stupid emotional mind games with children.  If we are mad at our kids….we tell them….instantly. We don’t give them soggy cereal or show up late for their games, we don’t give them the silent treatment….we tell them what we expect, what they did wrong and then we move on….we get over it.  Why do we play coy games with our men but not our children?

The truth is, most guys just don’t get it…Or maybe they do and evolution has changed their DNA. Maybe over thousands of years they’ve come to realize there’s absolutely nothing they can do to appease us when we are ticked off.

DNA and life experience has taught them, they can’t rationalize with an angry woman,  so they might as well find a bad tv show, figure out how to make the coffee and  fold their own laundry.