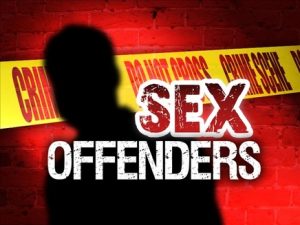 Recently dozens of women across America, have stepped up and admitted to being sexually assaulted, abused or harassed. Most of these women have not said a word for years. And across the country, people are howling “Why didn’t she speak up thirty years ago? Why wait all this time to come forward with sexual misconduct charges?” I know why these women waited and I’m gonna explain it to you.

When I was 12 or 13 years old I went to a pool party with my mother and father, who was an architect. The party was  hosted by a contractor who was building a shopping center my dad designed. They had been working on the project for over a year. There were several other couples there but I was one of only two kids. The other child was a little boy, probably three years old. All the adults sat around the pool with their cocktails while we splashed around in the pool.

At 13, I was skinny and tan with long hair. And on that day I was wearing a purple and gold bikini that I loved. After a while I went inside the contractor’s house to get two glasses of orange juice.

As I opened one of the cabinets for a glass, I felt someone behind me, pushing up against my back and butt. I turned around and it was my dad’s friend, the contractor.

He told me my swimming suit was coming untied and then he started trying to mess with the swim suit strings on the back of my neck. I tried to move away but he blocked me and then started tracing my tan line with his finger tip, from my shoulder down the side of my right breast. When I tried to move away again he  smiled and said, “Don’t you want me to help?”

I ran out of the house and jumped into the sparkling blue pool.

I never told my mom or dad about the incident. I couldn’t understand why a grown-up was acting so weird and gross. And I was afraid if I told anybody I would get in trouble or it would start a fight between my dad and his friend.

I told one girlfriend about the incident, but nobody else. And she didn’t think I should tell anyone either. That’s how important decisions are made when you are 13 years old.

I tried to forget about the incident for the next twenty years. It was nothing, who cared? It was over and nothing really happened. Right?

It wasn’t until I was thirty years old and had a daughter of my own that I thought back and got mad. I got furious! How dare that scum bag put me in that situation. It scared me and made me feel as though I’d done something really bad. If anyone did something like that to my daughter I’d beat the snot out of them.

And if I learned twenty or thrity years later that this creep was running for political office, a position of power, I would spill the story in a heartbeat. I would tell anyone who would listen. But there wouldn’t be any proof and I doubt anyone would believe me, because I was thirteen years old and didn’t knowthe rules. I didn’t know I was supposed to tell when adults did gross, weird stuff, because I was only a child and had no way of understanding adults.