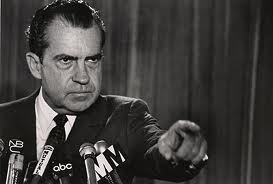 From this moment on, we need to make sure our Presidents have been the  Governor of a State. That’s the one quality all my POTUS must have in the future. My reasons are  emotional and irrational but I’m going to stand my ground.

Governors tend to be overly possessive. They understand  they must protect their piece of turf. Good Governors are always focused on putting the needs of their state, no matter how small or poor, first.  I want a President who does that. I want a President who says, “Screw everybody else I’m protecting and fighting for this piece of land and the people who live here.”

I don’t really like Bobby Jindal, he’s got a weird face and I think he seems a little shady, but during the BP disaster he was one pissed off Indian guy and rightly so. He didn’t try to be gracious or understanding or politically correct. He was mad and demanding, he wanted everyone to know the truth and he wanted to take care of his state. His reaction was perfect.

I don’t know if it accomplished anything, but I bet it made folks in Louisiana feel better, as though their Governor understood their torment and was furious about it.

I want President to act like that. But he doesn’t. During the Gulf Disaster he was calm, analytical and composed.

When a flood killed 20 campers in an remote Arkansas camp ground this summer our Governor, Mike Bebee,  rounded up the troops,  the Departments, the man power and in just a few hours had a plan and boots on the ground.  The situation was tragic but at least I could take some comfort in the fact that my Governor knew how to boss people around and get things done. He could give orders and get results.

He was in charge.

Senators rarely find themselves in these black and white situations. And they always, always have to play politics, they have to negotiate and coddle.

Of course there have been some great Senator/Presidents…John Quincey Adams, JFK,  Lyndon Johnson, Richard Nixon and President Obama.

Now, look at the Governor/President list. Roosevelt, Ronald Reagan, Bill Clinton even George W.  Those were some men I’d like to eat dinner with. Those are some men who can inspire passion (good or bad).

I’m a Democrat on most days, so this isn’t a partisan issue. And, obviously, other factors come into play, but I’m looking for a leader with passion and power. I need a President who can make some noise, break some dishes  and defend America, right or wrong.