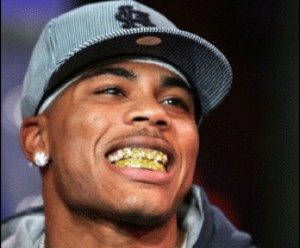 It’s Spring time and that means fifth grade Science Fair projects.  Sandor and I started going through the possibilities.  Of course the grosser and most disgusting moved to the top.

He decided he wanted to get some teeth, put them in different sodas and document how quickly they rotted. Sounded pretty easy. But we would need some teeth. Sandor had one in his room and I found that a little odd.

The next day I asked the facebook world and some friends about getting teeth. Everybody felt pretty sure dentists wouldn’t give me teeth. That would be a little like trafficking human body parts. Friends offered cow and deer teeth so there was a back up plan.

The next day  I walked across the street to a local dentist just to ask if deer and cow had teeth similar to human. Much to my surprise and horror they said,” we have teeth you can have.” A nurse appeared with six sealed envelopes. There was a tooth in each one.  But they were ancient, disgusting, brown and rotting with crowns and caps. Of course they were gross, nobody asks a dentist to pull a nice pretty white tooth.

When she told me lots of people asked for teeth I felt a little squirrely. Who wants used teeth, witches… voodoo people?

Then she gave me some latex gloves and a mask, “They’ve all been sterilized but you might want him to wear these while he’s touching them.”

When I got back to the office a friend named dick and I started looking at my new and disgusting teeth. Two of them had great big gold crowns.

“You should take these to my buddies at the pawn shop.”

“Seriously, take these in.” I made a face at him.

Sandor of course wanted to keep all the teeth because they were gross. but they weren’t staying in my house.

So, yesterday I went to the pawn shop with my little baggie of teeth. Those guys got excited and  immediately broke the teeth out with a hammer. The fillings were 16 karat. They gave me eighty dollars….which of course went to Mary, who needed money so she could go to the dentist and get a filling.