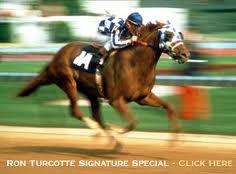 Recently, I read a pretty extraordinary paragraph about the human heart and soul. (Don’t make that face, it was gross or gooey. It’s cool stuff.)

And he did it… because his heart and mind were determined and focused. So his body followed.

Now old people sometimes break the four minute mile because they believe in their hearts in can be done.

Some folks want to say man kind has gotten faster because of advanced training and nutrition.  But take a look at racehorses.  Their training, nutrition and even breeding have improved DRAMATICALLY. Saddles are lighter, jockey and trainers are smarter but horses haven’t really gotten much faster.

Why are humans getting stronger and faster but horses are not? It’s all in our head and our heart.

My daddy, I. Granger, McDaniel always told me, “when you imagination excepts it as reality, it will become the truth.”

When I was a little girl I didn’t understand.

When I was in high school I rolled my eyes.

When I was in college I thought his idea  was bull shit. (most college students are such know-it-all-doubters)

But now I understand and I believe. I know he was right.

When we  invest our heart and soul completely and we are willing to do the hard work (that’s were most of us fail cause sometimes hard work sucks),  we can do anything, because we are human and we have the heart for it.