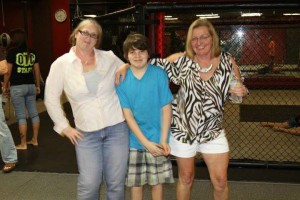 Three weekes before the end of Sandor’s sixth grade year the world imploded. Alex went to his school to pick him up a little early. Sandor was already in the office, in the principal’s office.

When he emerged from the office he was sobbing and collapsed into his father’s hug.

Before I tell you what happend let me tell you a little about my son sandor. He’s an A B honor roll student, he’s in Beta Club and the Gifted and Talented program. He’s great trumpet player in the sixth grade band. At ome he plays the drums and guitar too. In six years he’s never been called into the principal’s office. I’m spoiled because I’ve become accustomed to teachers writing things like “Sandor is such a smart boy and a pleasure to have in class. He has great manners.” Sandor has been training in Taekwondo since he was three and is a legitimate second degree black belt. And he’s really really goofy and silly. You get the idea…he’s a really good kid.

Here’s what happened that day in school. A sixth grade girl who was a very good friend of his started bragging first thing that morning that she had some pot. She told Sandor she got it from a kid who had a reputation of being a troublemaker. Sandor did not tell anyone.

A few hours latter, during recess or on the way to PE, sandor and the girl were walking together. She said something like, “I really do have pot, look.” He stuck out his hand and she put a tiny pit of pot in his palm.  He didn’t believe it was actually marijuana and threw it on the ground.

After that the girl did basically the same thing to two other boys with tiny amounts of her pot. They are both great kids.

The girl who was friends with our “pot girl” heard this entire story and told a teacher.

As a result Sandor, the two other boys, the pot girl and the bad kid who gave her the pot were called into the principals office.  When questioned the boys confessed immediately, told the principals what they already knew and wrote statements confessing.

I learned latter all this was confirmedby the school’s video cameras.

Sandor and all the other kids were suspended tor two weeks.  They would not be allowed to make up any of their missed school work.

That was bad, really bad. Then, two days latter we received a letter from the school.  Sandor had been recommended for expulsion for “drug possession.”

I pulled out our student hand book, something I signed without even reading a single page at the beginning of the year. It was all murky and convoluted but the school had the right to expel my son for what they deemed as ‘drug possession.”

Two weeks later after countless conversations with the administration, tears, anger, frustration, lawyers and letters I was able to negotiate a deal with the school principals that I felt was fair and the school could live with. And I got to make a little speech to the School Board where I basically said….”Is this the kid you really want to kick out? When I first heard she handed him pot and he threw it on the ground I was relieved and proud.  If I had to pick three responses, throwing it on the ground would be in the top three. But you want to expel him.”

I’ll tell you what I told them that evening.  Zero Tolerance for drugs on school campuses sounds great…. in theory and on paper.  It’ll scare the kids, make them all realize the institution is serious. No drugs will be tolerated….ever.

All drugs, in any amount, any form, any circumstances are unacceptable and all students will be expelled. (This part is important.) And a student’s past performance, gpa, attitude do not matter. No matter how much good stuff you’ve done in six years, how many teachers and students you’ve tried to help, none of that matters….ever.  Every single student will be recommended for expulsion. Including Sandor.

Thank God, thank you Lord, our judicial system doesn’t follow that thought process. Judges judge and measure each defendant seprately.  Have they got a questionalbe past, are they repeat offenders, are they sorry, did they try to get away from the evil or did they encourage it? A judge weighs all these things then makes a decision. The world and hisor her decisions are not black and white, they are all different shades of gray.

Here’s what Sandor and I decided to learn from all this. Little mistakes can turn into monumental problems.  Sandor’s mistake was sticking his hand out and letting the girl put the pot in his hand.  That was a mistake. He should not have done that.  And because he made a bad decision lots and lots of really bad thing happend.  In the end, it’s his fault. He was tested and failed. Next time I think he’ll do better.  That’s what we learned from this story.

What I actually learned is  Zero Tolerance is a great “idea” but terribly flawed and an abysmal failure. thankfully American courts and judges don’t operate by the same standards. If they did a kid with a joint and a dude with a kilo of cocaine would get the same ten years. That kind of sounds like the ISIS style of justice. But most judges are wise and realize stealing an apple is not the same as robbing a bank.  Our school administrators need to take a lesson from our court systems. They need to be wise and thoughtful.

A Zero Tolerance system is thoughtless and lazy, like spanking a child instead of thinking of a creative punishment that’s truly effective. All crimes and all kids are not the same. And that’s not how we should raise our children or what we should be teaching them. Period.  The schools and decision makers thought they were doing a good thing but it’s bad and short sighted. Good behavious is not rewarded and bad behaviour is all the same.

By the way, after all was said and done, the pot was tested. It wasn’t actually pot. It was something like Bermuda grass. And all tthe kids, the ones who sold it, the ones who gave it to her friends and the ones who threw it on the ground are all back in school, having received the EXACT same punishment.

What do you think.

son, Jack left a high paying bar-tending job in Manhattan to see stuff on the other side of Oklahoma. This morning he called me from the road. He left Colorado yesterday and was stunned to learn pot is Plegal in that state and you can buy up to an ounce a day!  that’s a lot of pot.  We figured you’d get blisters on your fingers from rolling an ounce of pot a day.

The he told me we have to go see Glen Campbell in concert because he’s doing one more tour before retiring.  Glen Campbell has Alzheimers so this is our last shot. Jack grew up on my Glen Campbell stories. I loved the guy when I was eight because he had blond swoopy hair. I even had his eight track with Galveston and Wichita Lineman. On a trip to Florida I made my mother listen to that eight track over and over and over. Finally, on the Florida Turnpike she calmly rolled down the window of the Lincoln Continental, pulled Glen Campbell out of the eight track player and flug him into the everglades. I wailed as though I’d been stabbed with a steak knife for over an hour. Mom looked at me and said, “sorry Honey, I just couldn’t take it anymore.”  Then she lit a cigarette and ignored me. So Jack has decided we have to go see him in concert, maybe this will help my eight track scare heal.

Then jack told me about his night in Laramie Wyoming.  He went to a really old cowboy bar where there’s a bullet hole from 1888 in the wall. Drinks were five for five dollars and at some point during the night the marching bad from the University of Wyoming walked into the bar and played the schools fight song. Jack found a field to sleep in but for the first time in three weeks it was too cold to sleep in the back of the truck so he curled up in the cab with Ragtime Cowboy Joe still ringing in his ears.

That’s a pretty good night for a Southern boy on the road. It’s also proof that encouraging you kid to travel before he has a wife, a mortgage, a dog and babies is a really good idea.

Let’s talk about slang language for a minute. First, there are several words out there, that drive me crazy. But I have to let my kids say them because they don’t mean what they used to.

Last week my husband went nuclear when Sandor, our eight year old said, “freak the freak out”. Well, right now on the Disney Channel (I think) Victorious does a song called “Freak the Freak Out”. It’s super popular and catchy but what my husband heard was our son slinging the F Bomb around like Tony Soprano.

Sux, I’m the one that really hats that one because it makes me think we are talking about a specific kind of sex act. I’m old and have to accept that’s not what it means anymore. These days it just means something is bad. Example:”I’ve got a ton of homework and it sucks”. Now I still don’t understand the spelling, should it be sux or sucks? Beats me.

And then there’s the term “ballin”. When I was a kid “balling” meant sex, now it means obviously a basket ball player, somebody who’s cool or has a lot going on or it means wealth and affluence. Example, a guy drives by in a Hummer,”that guy’s ballin”. Good news, when you say that now it doesn’t mean he’s having sex in the back seat.

And then there are so many words you shouldn’t try to use if you are over 30. Because I have a lot of children I’m told what to say and what’s inappropriate or just stupid all the time. The problem with using an out of date slang term is it makes you sound ancient.

Words most of us need to stay away from include “fly”, do not call money “cheese”, do not try to call girls “shorties” unless you are a 14 year old African American boy. The term “hot mess” is now out of date and if you are over 30 try to stay away from new terms for pot. Don’t call it “greens”, just stick with pot, or if you want to sound Starsky and Hutch you can try to get away with “dope”.

And finally, the two words bringing most adults down and making them sound so lame and tragically outdated, “Bling” and “Pimpin”. There’s no room in your vocabulary for these 2003 phrases so cut it out.

Good luck trying to navigate the world of slang. It’s treacherous out there . I suggest you stick with words you actually understand, like “cool”.