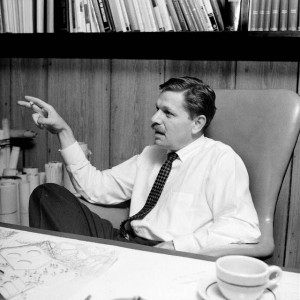 This Christmas season I’m thinking about all the crazy semi-ugly things my parents said to me…because they loved me.  Having grown up in  the south before being “politically correct” existed, the worst insults I ever heard came from those who loved me the  most.

To hell with the minor league insults the bullies threw on the play ground, my family was brilliant, brutal and pitched a 125 mph insult for fun.

When I was younger my eyes were my best feature. They were enormous and blue, maybe a little too enormous.  One day my mom looked at me and said, “If you were a horse with those eyes….I sure as hell wouldn’t ride you.”

My dad was handsome, suave, elegant and brilliant but he was also an old school Southerner and often times at dinner he would look at my mom or Louella, our maid, and say, “Don’t make the girl clean her plate. Fat ones are harder to get married off.”  Was he kidding, maybe. Did it hurt my feelings? No, I was a boney kid.  But I grew up knowing my Daddy  didn’t want a fat daughter.

My brother’s grew up listening to my Daddy’s one liners so there was nothing wrong when my brother Jack,  was in his early twenties and said to the teenage me, “Don’t forget brown fat always looks better than white fat so stay tan, Sweetheart.” (I always loved the way he called me Sweetheart.)

Bubba my beautiful and elegant grandmother,  worried about my appearances too…because she loved me and wanted me to be happy. One day, when I was seven or eight and scampering and dancing barefooted in her back yard she called me into the house. And said, in a very serious tone said , “Diana, if you don’t wear shoes your feet will get as big as pancakes and no man will ever marry you.”

To this day I run around barefooted all the time. Even in the office, much to the dismay of my employer.

The best/worst thing Bubba ever said to me is so harsh it’s sad and laughable.  When I was eight she became increasingly concerned about the size of my nose. It was just too big for a young ladies’ face . I inherited my father’s nose, which is strong and handsome…on men. So, when I was eight years old and watching the black and white tv at my grandmother Bubba’s house she suggested I hold my nose, literally wrap my hand around my entire nose so it wouldn’t grow.  She was basing her idea on the Orient and the women who wrapped or bound their feet to keep them small. I didn’t take offense to the idea, and sat, with my grubby little hand wrapped around my nose while I watched the Bozo show, almost ever day.

I think my confidence level is reasonable. My self esteem seems to be in tact so apparently my family didn’t actually harm me. Men married me even though I have big feet and a strong nose….and the truth is tan fat actually does look better than white fat.