The holiday season is here and even those who slash and burn, maim, rob and murder for a living,  like to find something fun under the tree.

I live in a house full of armed pirates and ninjas. Don’t believe me? In the middle of the night, try breaking in.

So what do you get the ninja or pirate in your life… arrr, it’s so easy. 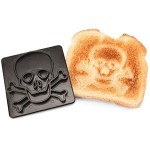 First Pirate Toast Stamp. Every Pirate wants to see the jolly roger first thing in the morning, so put it on his toast, along with butter and jelly. Sweet, huh?

There’s also a Pirate Toaster, but I don’t think Pirates cook for themselves. They have wenches with long swishy tangled hair doing that.

If there’s a swanky Pirate on your Christmas list, maybe a peg leg with a Napoleon complex, consider a diamond bejewled eye patch. I’m not talking a lame five dollar accessory, I’m mean something worthy of rapper Slick Rick, one that recently sold for 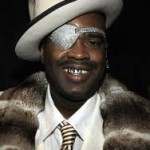 more than 12,000 dollars and both his eyes work. That’s a lot of booty, baby. And really, aren’t rappers just pirates with more creative dentists?

One more idea for the swarthy “playa pirate , The Pirate Condom Case, yeah, with a 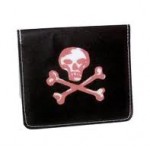 skull and cross bones printed on it. How sexy is is that? Because Pirates are known for being soooo safe.

And now for those fabulous men in black, the rock stars of the Martial Arts world, everybody’s favorite assassin….The NINJAS.

These guys are easy to shop for because then generally don’t have anything. Pirates, they already have the big gold chains, massive ships and kegs of grog, but what do Ninjas have? Nothing, just a few weapons, pjs and funny slippers with one toe. 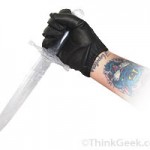 First, how about an ice cube tray that makes the perfect sixteen inch Assassin’s Weapon, a Ninja Sword made of ice. When you’re done killing, the evidence melts. Pretty sneaky, huh? Well, that’s how Ninja’s do it, cause they have ice water in their veins.

But what about the stay at home, Ninja, Kicking Cookie Cutters of course. Cause Ninjas like to have parties too, but they never RSVP and you never know who actually attends becasue they

refuse to take off those  masks.

And finally, if your Ninja gets nervous in the tub maybe he needs a buddy, somebody to watch his back when he’s washing his hair. Then you need to pick up 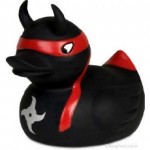 Just remember, when you are shopping for a Ninja or a Pirate, murder, mayhem and black are always in style