I know a young woman, in her early 20s who’s a very serious MMA fighter. She lives to train with her team, and they train hard. They train for hours a day, sometimes two or three times a day. Melissa’s whole world is about taking care of her body, nutrition and fitness.

She’s a pretty girl and typically, when Melissa leaves the gym or says good buy she says, “Make good choices!” in her adorable sing song voice.

For teenage boys,I know, this is an hourly battle. Bad ideas explode in their brains like popcorn. And they struggle to learn which bad ideas to latch onto and put into motion and which to ignore because it will no doubt result in a grounding, a ticket or an arrest. They are really smart but they desperately want to pass the slow truck on a curve even though it’s raining. Why not to throw the water balloon at their friend in the living room? Skateboarding down the tile staircase seem like an awesome idea.

Melissa constantly has to make “good choices” or she’ll never be ready for her next fight. It’s all about the decisions she makes.She has to be very, very careful what she eats or she’ll never make weight. When her friends are eating pizza and Oreos she has to go with a protein shake or she’ll never achieve her dream. Like all the fighters she trains with, Melissa has to decide to go to bed early,instead of hanging out with her friends or she can’t train early in the morning.

Adults aren’t above making good and bad choices. I wish I made good choices more often. I wish I’d pay off our car instead of insisting on a vacation. I wish I ate a salad for lunch instead of the giant delicious gnarly brisket burger. I wish I went for a hike with my son and the dog instead of watching The Big Bang rerun for the third time.

But I’ll keep trying. Because there are folks like Melissa out there, reminding me to “make good choices.” 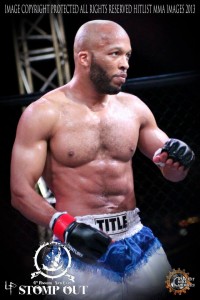 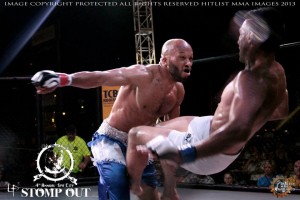 Fountain Lake, the community I live in, is tiny and decidedly red neck. I just ran a couple of errands, two nights before Christmas, and was overwhelmed by the Holiday Spirit.

In Fountain Lake the Holiday Spirit is a little different, but just as sweet.

First, I spotted three Wise Men and an Angel waving at strangers in front of the Fountain Lake Liquor Store and Sub-Way. How beautiful is that?

Then Pat, the generally tight video store owner, didn’t collect my late charges. He said, “Merry Christmas,” and waved me away. Cool!

As I passed Insane Auto, a buy here, pay here car lot, I realized there, behind the light up nativity scene, right behind Mary and Joseph and the Baby Jesus there was a pick-up truck wrapped  in Christmas lights! It was so pretty I almost teared up because the Insane Auto folks obviously spent a lot of time putting their lights and decorations out and it graces the Fountain Lake community, every year.

And finally, Tony, my daughter’s, tatted- up, kickboxing coach surprised everyone by making fudge. I sure didn’t see that one coming.

Every community celebrates the Christmas season differently. At Sandor’s school  in the Christmas pagent this year there were six little kids dressed as reindeer with antlers. One of them actually had a beanie with real deer antlers poking out. A six point buck died for the Ft. Lake Christmas play. How about that?

So love and appreciate your community, whether it’s a Starbuck sipping village with tiny silver and gold lights or a Rebel Yelling crossroads where camouflage, lip gloss and a Santa hat constitute party wear.

*Thanks so much for reading Hampoland. Merry Christmas!