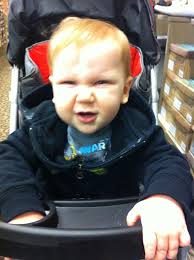 Please, stop being mean to your kids in public. I don’t care if you are a redneck in Wal-Mart or picking up a espresso in Starbucks. You look and sound like a witch when you are rude or snarky to your own child in public. Mean moms are the worst.

Seriously, do you think anyone wants to invite you over for a beer or a spin class when you treat your child with absolute disdain in public? Do you think the cute 26 year old guy with  sideburns and massive biceps wants to spend any time with a woman who is mean to her kids? Here’s what he’s thinking, ‘if she’s mean to her kids she’ll probably be mean to me too”.

And consider this, when you are mean, tense, rude or short with your child, I’m pretty sure, you look at least ten years older. It’s true, mean people looker older than nice ones.

Don’t yell at your three year old, don’t roll your eyes and hiss at your six year old when they touch the gum at the grocery store, don’t swat them on the back of the head or I’m going to inject myself into the situation. That’s right, I’m going to call you out in public and you’re going to get even more angry.

Ok, so you’re busy texting and talking and trying to decide what shade of hose you really need. Yeah, that stuff is pretty important, but don’t act like a spoiled thirteen year old when your child interrupts because he really has to go to the bathroom.

Smile, for God’s sake. He needs you. And don’t make the “I’m such a martyr ” sigh. Don’t make that noise that tells the world you are overworked and exhausted. Lot’s of moms seem to specialize in that noise. Cut it out.

Kids are irrational, moronic  they don’t understand anything, they need everything, they are demanding and rude and pushy and insane….cause they are babies. They are supposed to be that way.

And here’s my final tip, don’t spank a crying child and expect him to stop crying. She’s going to cry more if you hurt her. And again, you’re making your self look bad and everyone standing close to you is thinking that poor kid has such horrible, mean, stupid mom.