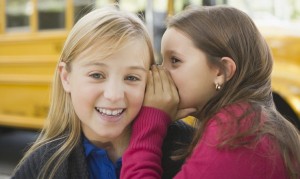 I’m genuinely stumped about this situation. I can argue either side of the case.

This morning as I was letting Sandor out at school we watched a young girl, very pretty,  struggling with several bags and back packs. It was about to start raining and traffic was backing up.

“Sandor, get out and help her.”

“Mean to everybody. she makes fun of just about everybody in our class.”

Well, what was I supposed to do with that?  I want him to be kind, to be helpful, to take care of people. but should I have insisted he get out and help the mean girl?

He’s generally a gentleman, holds doors open for strangers, shakes hands like a man, says “yes sir” when asked a question. I’ve insisted on these behaviors for years and now , at ten, they come naturally to him. So he should help the mean girl, right?

But she’s the mean girl in 5th grade. She told one of his friends he couldn’t go to college because he was too poor.  When Sandor wore new red skinny jeans from Old Navy to school she told him he “looked ugly and would never get a girl friend or grow facial hair.” Ouch.

It took me two weeks to get him back into those pants. I told him if he liked them he should wear them, “don’t give a mean girl the power to control your wardrobe.”

So we watched the beautiful mean girl haul all her stuff into the school building without his help. He jumped out said, “I love you” and disappeared into the mass of children.

But I was left wondering.  Should I force him to try to win her over with kindness, to turn the other cheek?  Should I insist he be a gentleman and help everyone…even the kid who picks on others?

What’s the right thing to do as a human, as a Christian, as a mom?  I don’t know.