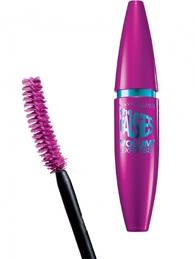 Well, I’m looking in the mirror and things haven’t changed much. But there are some high and low points to report. For me, the make-up failure/success ratio is very important and the products that cost me money but don’t work really piss me off.

First, the item that upset me the most.  Garnier Ultra-Lift  Pro  Deep Wrinkle Roller. Oh my Lord, I’m so sad because I wasted nearly fifteen bucks on some juice that doesn’t seem to work and doesn’t even feel good when I put it on. According to Garnier it was going to “plump skin from within and push even deep wrinkles up and out”. Push things up and out? I’ve got bras that made the same promise and you know what? They get the job done.

It comes in a plastic roller, like a deodorant roller, so when you put it on your wrinkles it’s hard and cold. And, after three weeks of religious use, I’m pretty sure I look exactly the same (except I’ve lost my tan because the summer is almost over).  According to the ad, which stared Sara Jessica Parker, this stuff was going to  “lift and firm my face” and give me more “defined contours”. In other words it was going to make my neck look like it was chisiled out of granite, like Sarah’s.  I wanted to see right angles, or at least minimal results. I got nothing…nothing. And it feels clinical  when you put it on. I can smear olive oil on my face with a Q-tip and get better results.

At least my old standby,Olay Active Hydrating Cream feels nice and silky  when I rub it in. And it comes in that comforting light pink box that reminds me of my grandmother, Bubba.  She had beautiful skin.

The product itself is fine I guess. It’s four, truck-stop shades of blue eye shadow in a plastic box. But someobdy must have been smoking crack when they wrote the instructions on the back.  Not only were they impossible to understand because they didn’t actually make sense but the outcome was laughable. According to the ad I was supposed to “easily create a smokey effect for my eye color”.  I even had my daughter’s 13 and 14 year old friends try to decipher what it was L’Ore’al wanted me to do. After several attempts the girls just laughed and laughed then started texting each other even though they were in the same room.

And the winner of the day?  Maybelline’s the Falsies Macaria. This stuff, which comes in a fat purple tube and costs less than seven dollars, it outstanding.  I have exceptionally wimpy eyelashes. With the help of Falsies, I look pretty good. And Lexie, who has average eyelashes looks really really good. We don’t look as good as the hoochie mommas in their commercials, but we’re getting close. And, Maybelline has a pretty cool website for this product.

Maybe the secret to beauty isn’t in the shopping, it’s in the research.  Last year Mary (oldest daughter) read an article extolling the virtures of a sugar and water paste as an exfolliant.  We all tried it and it’s true. Sugar and water smeared on your face it wonderful. It’s makes your skin smooth and soft and it costs less than a nickel.  Just rinse the sink well when your done or you’ll have an ant problem in the morning.