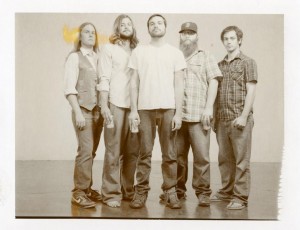 Sometimes my kids do something so unexpected and extraordinary,  my understanding of the world changes just a little.

Jack has been a musician for years. Sometimes it’s good, sometimes it’s bad (there was a song called “We Need More Hot Asian Chicks) and sometimes it’s ugly. The first time I went to one of his shows six or eight years a go he came out on stage in a tuxedo and by the end of the first song he’d stripped down to his boxers.

Now my son, who never stopped playing and writing music, is in Nashville.  He has joined forces with some astonishingly good musicians..they are Natural Outlaws.

Six months ago he called me with some lyrics he couldn’t get out of his head. As I drove he read some of them to me. “I just want to make you proud. I hope you hear me I’m singing awful loud. This old moonshine’s got no decency…”

Listening to him, I was kind of lost. I couldn’t figure out where he was going with the song.  All his  other  songs and lyrics had typically revolved around guns, whiskey and women. Pork chops and gravy music, that’s witty and evil and dangerous and makes you want to do double shots and dance with construction workers. Not a good thing for a middle aged mom, but fun.

Over the next few months he mentioned this particular song in passing. The band was working on it in the studio. Their seemingly possessed drummer Matt, who went to Berkley, and looks and plays like a red-headed Viking,  sounded amazing.  Dan, who has played classical piano since he was five has be “ruint”. He now had some nasty and trashy honky tonk shit working in it the song.

A couple of months ago Jack sent me the rough cut of Make You Proud.  It gave me goose bumps, something that had never happened when I listened to his songs. I was stunned by the beauty and complexity of the entire arrangement.

Ryan is the bands guitarist and his music is generally very physical. It’s “boy rock and roll” verging on country brutality.  And Clark’s bass work changes your heart rhythm. Most Natural Outlaw songs  will land you in prison but this one was different.

This song made me stop and think and feel.I had to listen to it three or four times to understand all the soaring layers. What the hell was going on with those boys?

And the Natural Outlaws have finally given me permission to share it.

It’s the first song on their new webpage. http://www.naturaloutlawmusic.com/

I don’t know what will happen with the Natural Outlaws or this song. But this song does it. This song makes me proud.