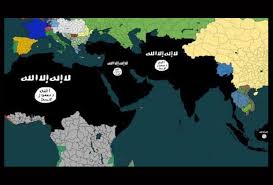 Once, my oldest daughter Mary, explained something to me.  She claimed all my children could carry on adult conversations because I explained everything to them. If a child asked me a question, I never said, “oh, that’s grown up stuff” or “you’re too young to understand that honey.”

When Mary was seven or eight and asked me what all the fuss was about Bill Clinton and Monica Lewinsky, I did my best to tell her what was going on. Obviously, I didn’t tell her anything about the blue dress or the cigars. I did however tell her the President was married and he shouldn’t have a girl friend.

I often times make my kids watch a little bit of national news with me every week.  Not because I want them to be frightened or bored,  I just want my kids to know what’s going on in this world of theirs. Someday soon they will be in charge of things.

Recently, there have been three pressing issues I’ve had to visit with Sandor.  First there were the event in Ferguson, Missouri and the shooting of Michael Brown. I actually drew that one out for him. First I listed the few facts we actually had in the case. Then I drew circles with peoples reactions. There was the cop circle, the peaceful protesters circle, the looters circle, the National Guard circle, the media circle etc…

Last week I tried to explain Ebola. That was kind of a messy one. But he understood and didn’t freak out. (I kind of want to freak out).

And now he’s asked about ISIS. For the first time in twenty five years…..I can’t find the words. What do I tell him about an enemy so evil and unfathomable?  There’s nothing he can do to fight or change the situation with ISIS. When we’re talking about social issues like  like racism, poverty, bullying and  obesity I always make it clear to him he can change people and the world. But ISIS…I just don’t know.

If you want more Hampoland stuff you can order my book Raising Kids You Actually Like on Amazon. Thanks!