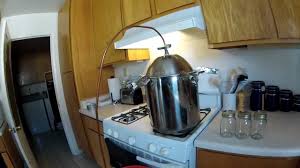 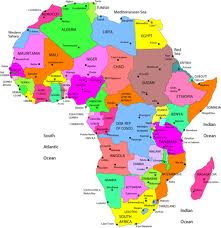 Recently, I became “facebook friends” with a young man named Uche Hampo. Obviously, we found each other because we share the Hampo name. But Uche lives in Africa, Nigeria to be exact.

Two or three times a week we chat back and forth, generally asking lots of questions. I love looking at his pictures because some have ox and carts and huts, while others were obviously taken in a more urban environment. Some of the women in his photographs have on white burkas (I think that’s what they are) while others are dressed in a way we would consider normal.

Uche is extremely polite and respectful he’s also smart.  He teaches math but wants to be an entrepreneur. He has plenty of time.

Recently, Uche told me he was part of the Igbo Tribe. That made me so happy. He told me his tribe was known to be industrious and hardworking. then he asked what tribe I was part of. Humm, The Ouachita tribe? Razorback or  Hampoland Tribe maybe. Perhaps he will teach me his native language.

Recentlyhe asked if my” home was at peace”. That one threw me off. Because I was in the office I squawked at Jere Matthews, who’s office is next to mine. Laughing, I explained Uche’s question. It seemed funny and bewildering to us. Of course Arkansas is at peace.

Sure, yesterday a lady bumped into my cart at Wal-Mart and I got mad and I flipped a tweak er looking guy off earlier in the day because he ran a stop sign.  But Arkansas is a peaceful place. I’m rarely afraid, of anything, because there is peace.

So I answered Uche’s question honestly, but I was a little flippant in my heart. “We are blessed with peace. Arkansas almost  never experiences violence from terrorist or because of war.”

Just two hours latter I was listening to NPR and there was a  report. Extremist in Nigeria blew up three police stations and killed dozens of civilians.  Holy Cow, there was horrible and unimaginable violence in Uche’s country. No wonder he asked about peace in Arkansas.1256550000 people in all of Africa, but you also have to take into …

There are roughly 125, 6550000 people in Africa as of 2010.  There are 308745538 in America. Every day Uche and I have completely different lives in huge different countries. Still we found each other, we are friends and we have plenty to talk about and we have the same last name.. What are the chance?

After hearing about the bombings in Nigeria I was suddenly worried about my facebook friend, thousands of miles away. And I was overwhelmed with gratitude.  Thank you Lord for letting me live in a country where I feel safe, where my children are safe…every day.

I have a friend who is not so blessed.  So for those you who want to bash our president, those running for president, our congress and senate and house, knock yourself out (though I disagree with most of you because you’re not very smart) It’s your right as an American.

But for those of you who bash my country. Shut the Hell up! You are blessed, fortunate and privileged because of our president, congress, senate and house. If you don’t understand this, you need to find your passport and pack your bags.

You are blessed, even if you are too stupid to realize it. 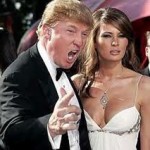 I’m re-posting my Celebrity Apprentice blog because I just heard the promo for tonight’s show. THREE PEOPLE WILL BE FIRED AND MEATLOAF CAN’T STOP CRYING. Happy Mother’s Day! I can’t wait and I think the show must be good for me. I look forward to Sunday night like a teenaged girl hungers for her phone after a two hour separation. I get happy thinking about Lil’ John and Star Jones and I deserve to be happy, right?

For two magnificent and decadent hours each week my daughter, Lexie and I, hole up in the bedroom to watch Celebrity Apprentice. We yell at Donald Trump,Star Jones and Gary Busey, we plot and plan and waste two hours of our lives. It’s great.

Watching really stinky tv for a couple of hours is the most delicious thing we do all week. We both know it’s bad tv, we both know it’s a waste of time and everybody else in the house rolls their eyes when Sunday rolls around and we turn on the tv. But it’s so freakin’ fun and it’s the perfect stress relief. As I write these words I can hear all family and child experts sighing, I know I’m supposed to discourage mindless tv watching and celebrity worship but have the heard some of the crazy stuff Gary Busey says?

Like most American families is schedule to the extreme. Alex and I both work full time and right after school the lessons, practices and work outs begin for Sandor and Lex. There’s band, taekwondo, jazz, gymnastics etc, then there’s home work, dinner and showers. But on Sunday nights there’s just a bunch of pillows, snacks and The Donald.

Last week when Trump didn’t fire Gary Busey, we nearly had simultaneous seizures. If Lil’ John says anything, we laugh our butts off cause he’s so smart and funny. LaToya makes us both cringe and we finally decided the right word for her is “vapid”. And last week, during the commercials I made Lex and Sandor watch Meat Loaf videos so they would know something about his rock and roll persona. That’s right, I let my daughter watch “Heaven by the Dashboard Lights”. He was a big fat rockin’ crazy man back then.

I know, a trip to the library, an art project or a hike together might be more wholesome and edifying but you have to find what fits. Sometimes family stress relief comes in the weirdest places. Lil’ John’s hair, Donald Trump’s hair, Gary Busey’s hair. The important thing is to recognize and protect that tasteless and irreplaceable time.