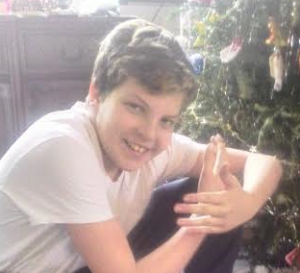 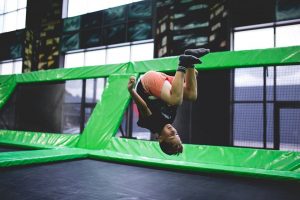 “But it’s raining.”
“That’s why we’re going.”
The three thirteen year old boys thundered out the door in tee shirts and basketball shorts.

I made a fresh cup of coffee. When I heard Aries, our German Sheppard, barking, I looked out the window. She was on the trampoline with the boys in the rain. They were all laughing and she barked deliriously.

I opened the door. “Hey, get the dog off. She’s got claws and will shred the mat.”

Two of the boys said “yes ma’am” as they all coaxed the dog off the trampoline. But she jumped back up with them instantly, refusing to be cut out of the fun. Drops of water flew from the trampoline mat and off their soggy heads, every time they jumped.
I called the dog and told her to go under the porch.

For almost an hour the three boys wrestled and bounced in the rain. They peeled off their wet tee-shirts and threw them into the grass.

The tallest boy is a redheaded football player. He loves to tell us extraordinary facts about “gingers”. He’s very proud of his hair. The muscular boy with dark hair is a musician and vice president of the 8th grade Beta club. The smallest of the boys has bright blond hair. He’s very quiet but he’s the daredevil of the three.

Listening to them laugh and talk trash, I realize this moment is Boyhood’s Last Stand. This is the golden moment and will be gone very soon.

Right now, in the rain, they do not have a single dark thought or worry. Two of the boys have girlfriends. They hold hands and hug on the middle school play ground. The boys sneak up behind the girls and pick them up, an act of affection and a show of strength.
The girls laugh and squeal and demand the boys put them down.

The boys do the same thing to each other, but there are choke holds and punching too.

Soon, very soon, there will be kissing and holding on desperately. There will be emotions, passion, love, anger, joy and frustration. They will still

have fun but will not play as much. And thoughtless joy will fade.

I should tell them to come inside and dry off. There is thunder in the distance. But I can’t do it. It will end too quickly on its own.

Please leave a comment or email me. I’d love to hear from you. And if your interested having advertising on the page let me know. I’m pretty cheap. hampoland@gmail.com 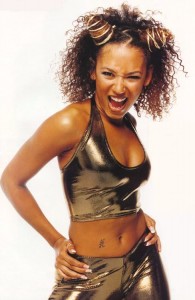 Here’s some big news….kids turn into exactly what they are going to turn into.   Now, I don’t have my degree in psychology and clinical sociology but I’m going to tell you some stories and give you some examples. Then you can draw your own conclusions. When we say, “Oh, he’ll grow out of that,” we might be wrong.

First…I’ll use my own son. Jack is 25 now and doing really well in Nashville.  He always saved his money, counted  and organized it.  In the past five years he’s traveled all over the world(Turkey, France Egypt, England, Hawaii and lots more)  cause he knows how to save his money and spend it on stuff he really wants.

When he was a very little boy and Mary loved the Spice Girls…. Jack loved one Spice Girl. All the other little boys were crushing on Baby Spice or Posh but  Scary Spice was his woman, at seven. A few years later He loved loved Gwen Stefani from No Doubt. Jack’s dating habits, as he’s traveled the world have absolutely leaned toward Scary Spice and Gwyn.

He still  loves strong, exotic women.  (Kenzie Greg reminds me of Gwyn in so many ways.)

Mary was always hot tempered, dramatic and giving to a fault.  One day, when she was eleven, she was waiting for me downtown. While I parked my car she gave her coat to an old street lady. She loved working at the Master’s Table and was constantly trying to save somebody. Today she works at the Clinton Foundation (saving the world) and she’s starting a non-profit to make birthday cakes for kids in homeless shelters.

One of Jack best friends grades 4th-10th was a very handsome blonde boy who loved Frank Sinatra and playing in the band. I mean he was obsessed with band.  He’s now a geeky band director in South Florida.

The hot blond girl in 8th grade who wanted to make out with all the boys all the time (I overheard them complaining that  she kissed so hard their lips got sore)  she had several beautiful babies before she was 23.

COMMERCIAL: I’ve never figured out how to make money from this blog. If you read Hampoland and it makes you smile sometimes I’m calling in the debt. You owe me. And here’s your chance to pay up.  visit this site http://www.indiegogo.com/projects/representing-america-in-european-taekwondo-championship  .Lex is trying to raise money to compete in London this summer and really needs your help.  Please make a donation…no matter how small. If you don’t help out I’ll know cause it shows me a list of donors. So if you are one of those folks who stops and talks to me about Hampoland but doesn’t donate….you’re a cheapo!  Thanks in advance.

A young man who spent a lot of time with us, was quiet and wonderful and loved being in the woods, is studying to be a game warden in college.

And finally, there were  two different kids who bullied Mary  relentlessness,  for years (3rd grade-10th). One girl, one boy. They were brutal, abusive and obviously very angry about their lives.  Both have come out as gay and are now happy in committed relationships. Mary is actually friends with the guy now but when she was in 4th grade he tormented her so terribly, called her such vile names, she finally broke down and  said, “My daddy has a 9mm and he’s gonna come shoot you if you don’t stop saying that to me.”

Guess who got suspended from school for threatening another student?

Kids are gonna be what they’re gonna be but sometimes there are clues early on. We can only hope to shape them into caring and tolerant folks who make the world a better place. As the old adage goes, “It’s better to build a boy than mend a man.”

Please visit http://www.indiegogo.com/projects/representing-america-in-european-taekwondo-championship and help us out. Thanks again.