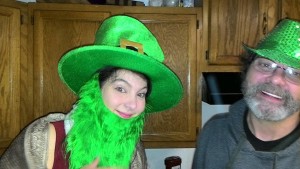 Dear Granger, I’ve been thinking about you a lot.

Today Alex and I repainted an old doghouse that the dog absolutely refuses to enter. But it’s too big to move. At least it looks  better.

I was winding up an electrical extension chord in the yard and discovered a big animal had pooped on it. Pretty gross but I guess that’s why they make soap.

Mary in in Indianapolis working at a super inner city Boys and Girls Club. Good Lord the stories she calls with all the time. You’d be so in love and proud of her . She’s unspeakably gorgeous and silly.

Sandor is thirteen now and off riding his dirt bike. Last night he stayed with a friend.  His brother got a fish hook caught in his face so that was the big story for the night. He’s selling some kind of meat sticks this week so he can go to band camp.  I’m sorry your not here to help with the cause.

Jack called this morning. He went to see John Prine last night. Fifth row at the Ryman in Nashville. We are working on a screenplay together about Dad.  I know you’re glad to hear that.

Last night Alex made me chicken picata and Lexo stopped by the house for a little while. She’s so beautiful now, you’d be astonished.  She brought her guitar too and played.  I wish she wasn’t such a good song writer so I could discourage her.  She and Alex put on Leprechaun garb and I laughed till I had to pee.  You would have loved the chicken and the two of them. Every time you called on the phone you always asked what Alex was fixing for dinner.

It’s been a pretty good weekend here on planet earth.  I had a dream last night that I died and when I got to heaven you were all there. But I missed the kids so much that it wasn’t heaven at all, so I asked you all to send me back.

Tomorrow will be a good day too because I have my family.  Tomorrow is also March 15th, The Ides of March. Remember? that was the day Mom killed herself. She left me that note on the door that said, “Beware of the ides of March.” She was nuts! Who does that?  It’ll be a good day.

I love you and miss you. You’d be proud. 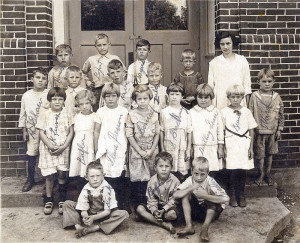 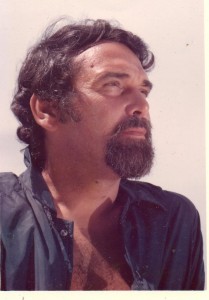