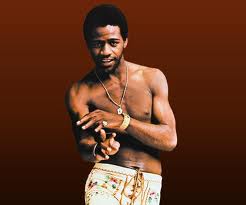 son, Jack left a high paying bar-tending job in Manhattan to see stuff on the other side of Oklahoma. This morning he called me from the road. He left Colorado yesterday and was stunned to learn pot is Plegal in that state and you can buy up to an ounce a day!  that’s a lot of pot.  We figured you’d get blisters on your fingers from rolling an ounce of pot a day.

The he told me we have to go see Glen Campbell in concert because he’s doing one more tour before retiring.  Glen Campbell has Alzheimers so this is our last shot. Jack grew up on my Glen Campbell stories. I loved the guy when I was eight because he had blond swoopy hair. I even had his eight track with Galveston and Wichita Lineman. On a trip to Florida I made my mother listen to that eight track over and over and over. Finally, on the Florida Turnpike she calmly rolled down the window of the Lincoln Continental, pulled Glen Campbell out of the eight track player and flug him into the everglades. I wailed as though I’d been stabbed with a steak knife for over an hour. Mom looked at me and said, “sorry Honey, I just couldn’t take it anymore.”  Then she lit a cigarette and ignored me. So Jack has decided we have to go see him in concert, maybe this will help my eight track scare heal.

Then jack told me about his night in Laramie Wyoming.  He went to a really old cowboy bar where there’s a bullet hole from 1888 in the wall. Drinks were five for five dollars and at some point during the night the marching bad from the University of Wyoming walked into the bar and played the schools fight song. Jack found a field to sleep in but for the first time in three weeks it was too cold to sleep in the back of the truck so he curled up in the cab with Ragtime Cowboy Joe still ringing in his ears.

That’s a pretty good night for a Southern boy on the road. It’s also proof that encouraging you kid to travel before he has a wife, a mortgage, a dog and babies is a really good idea.