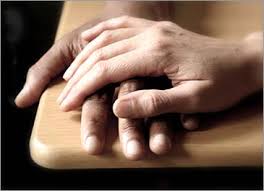 Yesterday, my husband Alex, asked me to go to a funeral with him. Alex is the Executive Chef at a monstrously large thoroughbred race track.  The funeral was  for his Sous Chef, who died pretty suddenly.

I didn’t  know what to expect because the service was going to be held in the track chapel. ( Yes, racetracks have chapels for the jockeys, trainers, hot walkers etc.)

I’d only met David once or twice and he seemed like a very nice man, warm and fun. He’d  been at Oaklawn for less than a year so I was surprised the chapel was completely full. All the chairs were taken and folks were standing against the walls, waiting for the service.

After ten or fifteen minutes the Chaplin asked if anyone would like to say a few words.  This can be a really awkward moment at a funeral because you just never know. It’s so sad when nobody has anything to say and everyone sits in uncomfortable silence.

But that’s not what happened at David’s funeral. Immediately several guys lined up, dish washers and prep cooks from the main kitchen, then big white ladies who sell beer and hot dogs, valets, security guys and more dish washers.  Black, white and Hispanic. Young and old, well-dressed and trashy, guys with penny sized gages and tattoos on their necks and tear drop tats on their face, guys with no teeth and gold teeth, clean cut cowgirls and corporate folks in polo shirts and kakis.  So many folks walked nervously to the microphone to talk about Chef David.

He had done something for everyone of them. He changed their days and their lives and they were so very sorry to have lost him.  Over and over this beautiful array of humanity said Chef David was a great man and had done so very much for them. But David didn’t give them money or jobs.  All he did, for all them, every single day, was shake their hand, hug them, smile, he remembered their names, asked how they were doing and how their kids were. He told the lazy ones they needed to work harder. He told the angry ones they had to stop fighting with everyone. Then he smiled, hugged them and shook their hand.

He listened and loved. They knew he cared about them and that meant everything.  And that’s how Chef David changed the world.

I’ve never cried so much at a funeral and I’ve been to a lot of them. I’ve buried every member of my immediate family but I’ve never been so moved by the power of a hand shake, a hug and a smile.

I left dehydrated but inspired and uplifted., determined to be a little bit more like Chef David Lausten.