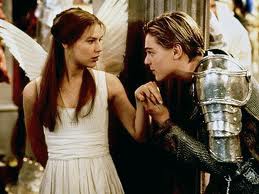 A couple of months ago I saved a friend from making a deadly romantic mistake. The fool really liked a nurse he’d been dating and wanted to send her flowers…at work! NOOOO! You can’t do that! She’ll run away.

The poor man is over 45 so he didn’t understand the new rules. Romance is now the kiss of death.  The wonderful sweeping  gestures men used to make are taboo.  If you send her flowers you’ll seem desperate rather than romantic. If you call her and leave a sweet message or a note you are pathetic or worse  a stalker.

Men with any sense of theater or romance are doomed in this culture. A few weeks ago my daughter, Lexie wrote a blog about the cop who couldn’t stop thinking about a woman he ticketed. He left her a harmless and sweet note…so she’s suiing him.What’s the matter with you?

Good Lord woman, you are probably the same B*%ch who complaines about men and their lack or romance, at  Outback  on Martini Mondays. If a man is interested in anything more than texting a bootie call at 3am you think he’s a stalker.

Romance takes guts and imagination. Still, we slam the guy who has the nerve to send us flowers.

Twenty years ago my husband, Alex, asked me out a couple of times.  I said no, even though I liked him.  He was a handsome young chef with pretty eyes.  One night I was on a date with a landscape architect and we ended up eating at Alex’s restaurant.  When my date went to the bathroom, Alex came to the table and said, “Why are you out with him, I saw you first.”  He was so immature, sincere and romantic. He had me.

Then he had the audacity so suggest to my hapless date  he should take me for an after dinner drink at another establishment.  They shook hands like buddies. Of course, 45 minutes latter, when we arrived at the next bar, Alex was already there, waiting for us.  I was blown away by his audacity.  The clueless landscape architect didn’t stand a chance.

If a guy did this kind of stuff today, some women would not only label him a stalker but get a restraining order.

Women, stop beating up the romantic in your life. You should be thrilled anyone likes you enough to try and win your affections. Appreciate their efforts.  Every time a man does something romantic he’s so vulnerable.  Romantics put them selves out there, in the middle of the road, for us. Stop running over them.

*tell me your story, leave a comment or you can always email to hampoland@gmail.com. Thanks, DH