My daughter Lexie takes a beat 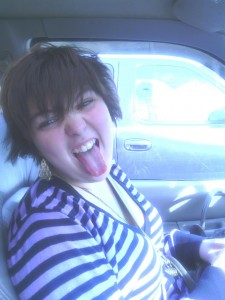 ing sometimes, but I don’t think there’s anything I can do to help her.

Here’s the problem. She’s sixteen and has lots of wonderful friends who have boat loads of issues, troubles, stresses and concerns.  I’m not talking the garden variety  problems, these kids have to deal with so much bad stuff.  Some have moronic  moms who stay out at bars all night, then come home  falling down drunk. There are really mean step dads, jealous and greedy step moms and biological fathers who have been missing for years. A lot of times Lexie’s friends are the actual adults in these households. They constantly worry about their little brothers or sisters, they make sure mom gets up and goes to work. and these guys generally have to work and keep up their grades and take care of things at home.

Lexie’s life, our life, isn’t perfect…it’s not even in the same zip code as perfect. But it’s not terrible. She has a beat up car to drive around, clothes, food, a little spending money. Lexie knows how much we love her and how proud we are. She knows Alex and I will get up and go to work every morning and take care of her little brother. So, compared to her friends…she’s got nothing to bitch about.  Several of her buddies have said to me, “I’d give anything to have Lexie’s life.”

But Lexie’s life is absolutely not stress free. There are mammoth pressures on the kid. We expect excellent grades, an excellent attitude and we demand to know where she is all the time. Alex and I screw up constantly because we are human.
There’s a long history of crazy in our family that’s not always easy to deal with.The house is falling apart and there’s never enough money. She has a little brother who can be annoying because he’s a ten year old boy and she has puppy poop to clean up ALL THE TIME. I get stressed out, tense and mean, Alex gets worried about things and clams up. She doesn’t have a closet in her room and there’s only one bathroom for all of us.

But Lex can’t whine and complain to her friends because they just sigh and roll their eyes. They figure puppy poop, a stoic dad and a crappy car are nothing compared to their problems…and they are right….kind of.  Lexie never tells them what’s really upsetting or about the pressure she puts on herself. Because she know, in their eyes, she has no right to complain.

Thankfully she does have a big brother and sister she can talk to. They will listen to her bitch and moan and whine,sometimes.

I  really do feel sorry for Lex because whining about your life and parents is kind of a right of passage. Her friends think her life is shiny and flawless but they are wrong.

As a family we rarely sit around blowing bubbles and holding hands, though this morning, during breakfast we did turn off the lights and  chop open a bunch of glow sticks just to see what kind of shiny mess we could make.

I texted back “happy chickens.”

Happy chickens? Yup.  In Hampoland, in my house,  when we are really happy we say “happy chickens”.  Then one person extends an open palm and the other  pretends to be a chicken and pecks at the imaginary feed in the open palm. Weird, right? But it’s one of our things. Happy chickens. It’s kind of like a Hampoland secret handshake.

If we want to make somebody laugh we just say, “nipple nipple nipple.” That’s a really fun word and makes everybody happy.

Several members of the family are bi-polar. It’s gone on for generations.  And when one of us is manic and full of ideas, good, bad, brilliant and crazy….we call it “popcorn brain”.

I’ll  call Jack and say, “I have popcorn brain”  he know that means I have too many  ideas popping around in my head and don’t know which ones I should throw away. The ones I dismiss are “burnt kernels” .

My family has a secret language. Nobody else knows what we’re talking about but Mary understands exactly what I mean when I say, “we can handle this. We are ‘Team Us'”.

When Jack and Mary were little, Team USA, the first Dream Team with Michael Jordan, hit the scene.Posters and tee shirts said “Team US”.  We were pretty broke then so I told the kids we were “Team Us”. Nothing was more important than Team Us and we would always take care of Us.  This message sunk in and to this day, twenty years later, Team Us is hampoland and we are all proud team members.

Five years ago one of my children went crazy and ran off to Canada with a semi-pro hockey player.  Sandor who was three at the time  said, “you can’t go to Can’t- a- da.”  In Hampoland Canada is always pronounced “can’t-a-da”.  And we all get it.

My mom, Ann Stell, died when Jack and Mary were three and four. But she used to say “try not to think hippopotamus.”  When I say that to Lex she knows exactly what I’m talking about.   It means thinking about something people tell you not to think about is freaking impossible!

A few years ago we had a dog that was literally insane.  Seriously, there was something wrong with this little hound dog. One day he pooped in my shoe, which was in my closet.  I don’t mean on my shoe, the dog actually pooped in my shoe.  So, sometimes, we say, “At least he didn’t poop in your shoe.” That means things are bad but they could be much much worse.

Secret languages are magical. They build bridges and provide band aides. I love “happy chickens” it reminds me we are and always will be “Team Us” . And there’s not another team on the planet who speaks our language or understands the hampoland accent and  dialect.