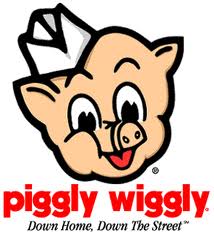 In 1968 I was a scrawny little girl, with buck teeth and big ears. But my family had a lovely two story condo on the lake in Hot Springs, AR. We had money.
My grandmother, Bubba, had an elegant colonial house in town. Louella worked for Bubba, along with another black lady, Iolla, for years and years. But when I was born, my mother’s 3r,d child Louella came to work for us, full time. Thank God.
Every afternoon when I got off the bus with my Monkees lunch box, Louella was there, waiting and smiling, in her crisp white dress and white hose. Because she was a very dark woman, almost black, the contrast was beautiful to me.
Loulla always had a peeled apple and a vanilla cupcake on the kitchen counter waiting for me as a snack when I got home. I would eat happily, while she took her lunch and watched Let’s Make a Deal with Bob Barker. Then I would put my head in her lap. She was a large soft woman, and I would take a little nap with my head on her thigh. She had wonderful soft skin, except for her hands and they were like leather and always smelled of bleach. Louella would sa,, “Miss Pooh, I think I’m just your pillow”.

Years later I realized she was my cushion.

I was a squirrely, funny looking little girl and didn’t have many friends. But Louella was always there for me and we had a grand time singing and cracking jokes. There were a few jobs Luella really hated, like cleaning the kitty little pan. She would pay me a nickel a week to do that for her.
When I was six years old I started riding the bus to the Piggly Wiggly with Louella on Wednesday afternoons. Sometimes, if it was raining, she would call a cab. Once in the store, I would happily trot behind her or hold her callused hand, jabbering away. If I behaved she would let me spend my nickel so I could get something from the gumball machine.
One day I was stunned to find a magnificent shiny new machine that didn’t take nickels. It required a quarter and in return I would get some beautiful jewelry or the biggest bouncy ball I’d ever seen. I asked Louella for a different coin but she said “no”, spending that kind of money on a gum ball machine was wasteful.

I pouted all the way home and that made her laugh.

But I had a plan. My 13 year old brother collected coins, all kinds of coins and he kept the in special books. I didn’t have a quarter but I figured I could get one, or something kind of like a quarter, out of one of those books.
Generally, when Louella vacuumed I went along with her and pushed the vacuum on my hands and knees just for fun but that Monday I waited until Louella was downstairs vacuuming then I snuck into Jack’s room and snatched a coin I was sure would work in the wonderful new gum ball machine.

Well the plan did not go well. Louella and I went to Piggly Wiggly the next week and the coin, which turned out to be a very rare 100 year old coin, got stuck in the machine, jammed it up. I lost the rare coin, and I did not get my giant bouncy ball. So once again I pouted all the way home.

Before we opened the front door I could hear my brother, Jack, screaming. “She’s such a little thief Mom. She took that coin and you know it Do you know how much I paid for that? Do you remember how long it took me to find one.”
Louella looked down at me. I was frozen in fear. “Go on Miss Pooh, open the door.”
I shook my head.

“Baby girl, you gotta go on in, might as well open the door”. I knew she was right.
I pushed the door open and could smell the anger in the house. My mother was sitting on the couch smoking a cigarette. She was mad. “Diana Ross McDaniel, get down here.”

I remember taking tiny little steps. She exhaled and smoke swirled around her head. “Did you steal Jack’s coin?”

I couldn’t speak. Tears rolled down my cheeks and I started shaking. I had to pea. I heard Louella in the kitchen putting away groceries.

Finally, I was able to nod my head.

“What store damn it?” she roared

“I tried to use it in the new gumball machine at Piggly Wiggle.”

“Oh hells bells, you lost a 30 dollar coin in a God damn gumball machine?”
She yelled at me for what seemed like hours, then stopped suddenly, “Louella go up stairs and get me a brush.”

“Why?” I said pathetically. “Does my hair need brushing?”

“Never mind Louella, Pooh, you go get me my brush, right now.”

“Yes ma’am” I whispered then set off upstairs. I took my time, hoping mom would forget. Jack glared at me then slammed his bed room door.

When I appeared in the living room again with the tortoise shell brush she said, “Get over here right now, lean over this couch.” Her eyes look hot and black.

“Momma, can you make Louella come out of the kitchen? Please.”

“Why?” she barked as she stubbed out her cigarette in a heavy glass ashtray.

“Cause she won’t let you beat me to death.”
So poor Louella stood in the living room, tears rolling down her dark cheeks, while I got ten licks with the hair brush. Then she walked me back upstairs and washed my face. My but felt as though it had been scalded. She sat down on the edge of my bed and without saying a word I put my head in her lap. And she stayed there until fell asleep.

*What are you thinking?  Leave a comment and let me know or email to hampoland@gmail.com