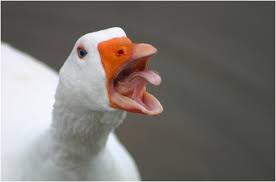 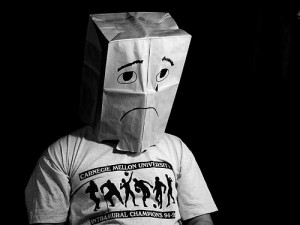 Once ever two months I have an epic battle with some sort of depression. I do believe it’s genetic. Generally, it’s pretty gross, but I get through the three days of mud slide brain activity by reminding myself it will end in a couple of days. It always does.

The stuff I get depressed about is absolutely legitimate. money, age, money, age, money, the cat has fleas, money, my kids are growing up, money, we haven’t been on a vacation in years and my car has over 200,000 miles. Wait, those are the same as money.

But last time as I rolled around in  my three days of self pity and Eeyore like gloom, I realized something remarkable. Almost all the words we use to describe depression and feelings related to depression, start with the letter “D”.

Yes, I understand it has something to do with the “dis” prefix. Still, it’s a disproportionate number of “D” words. When you think of synonyms for happy they are all over the alphabet.

Thinking about  this strange list of words distracted me from my self-absorbed woe and I accidentally drove to my Taekwondo school instead of driving home. Once I was in the parking lot, I figured I might as well work out for an hour to burn of the Taco Bell I had for lunch.

Of course, everyone knows, working out causes your body to release endorphins. For me, endophins act like Mike Tyson. In the first half of the first round my depression was on the ropes and then it was gone, on the matt, KOed.

So, next time you see me and I seem depressed, do me a favor. Don’t feel sorry for me, don’t offer to buy me a beer or listen to my problems, just tell me to go work out. You’ll be doing us all a favor. 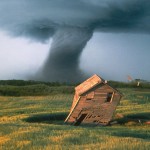 I feel like crap. My neighborhood has been torn up by storms and tornadoes, there’s a pile of wet socks next to the washing machine, my dog really stinks and I’ve got terrible windshield wipers so driving is treacherous. It hasn’t stopped raining, storming, blowing and tornadoing here, in Arkansas, in weeks, and I feel like crap. Maybe it’s the weather.

There’s actually not a lot of evidence linking depression and general funk to bad weather but damn, I’m in a bad mood and I really shouldn’t be. So, I have to blame it on something, might as well be the weather.

I feel so bad I can’t even recognize anything positive.  My husband snores, we have tiny tvs, no flat panel or HD, I have an ugly desk at work,  my ac doesn’t work in my car and I have funny looking feet.  What the hell.

I know I should work out, it always makes me feel better, but the Anytime Fitness parking lot had white caps. I needed a snorkel (I love that word) to cross the parking lot. Screw it. who wants to work out, that’s what I said, instead of working out. End result? I felt even worse.

There are plenty of article suggestion light therapy, yoga, exercise and a long vacation would make me feel better. All those things would probably work, but what the hell. I’m going to find a blanket and watch Ralph Machio on Dancing With the Stars. Maybe the sun will come out tomorrow.