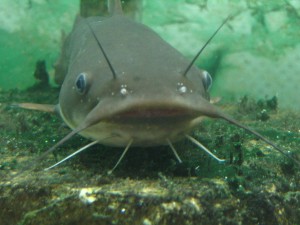 When I was little my best friends were Louella, Liz and Mike, my cousins. Actually they were my only friends. When Liz was seven, I was six and Mike was five we caught a giant catfish named Big Willie. We didn’t know what to do with him so we dragged him back to my condo and put the bastard  in the bathtub. We let that 10 pound monster swim between ournaked legs until Louella, our friend and maid, walked in and started screaming. Then we all got spanked.

I was jealous because Liz and Mike had a pet pig named Charlie Brown. he was a really big pig, not one of these hot dog size pygmie things. Liz would climb on board the 300 pound beast, Mike would pull his tail and off they would go. Both Liz and Charlie Brown screaming across the pasture.

Mike was a tiny kid who looked like a redneck made man in the mafia. And we would fight, I mean really fight, like midget wrestlers, all the time. Once, when were were five and six, we climbed the tree in front of Mike’s house. Then we started arguing. What could we argue about in a tree? I don’t remember but something got us going.

Eventually, we started throwing punches and trying to choke each other, on a branch… in a tree. We were screaming and our teenaged brothers, Ricky, Bimbo, Granger and Jack came out to see what we were doing.

They started laughing at the Arkansas spider monkeys fighting in a tree. Then Mike threw a haymaker and we both fell, ten or twelve fee,t onto our backs. The fall knocked the wind out of us both and we lay there, under the tree, thinking we would die. Gasping, flopping and clutching our bony chests. Of course that only made the brothers laugh harder. (I’m pretty sure there was beer involved)

Cousins, we all grew up in the same, insane universe. We understood everything about each other without speaking, because we were all born and cut from the same rough, misshapen fabric. We were family. We had the same blood and nothing is more profound. Time and history doen’t matter if you are cousins because you share the same DNA and history, they are woven together, like an Indian braid, inseparable and unbreakable.

Twenty or thirty years passed and I hadn’t seen or spoken to Mikey and Lizzy but the moment we were together again, the moment our voices touched, we were bonded, thick as thieves, intertwined by a blood line so powerful and unique no one else could understand or interfere. If Mikey or Liz called me today and asked me to drive 3,000 miles to pick them up in a truck stop there is nothing that could stop me. Because it’s been so long I might not recognize them when I got there but we would find each other and do what needed to be done.

We are family and together we will walk to the magnificent , golden gates of Heaven or the torterous  fiery gates of Hell… together. Our past is the same and our future will be too. Because we are family, we are  cousins and we will always be together. Always.