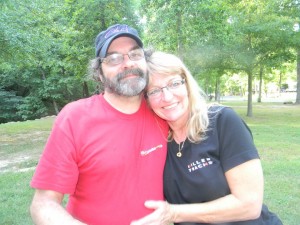 Alex, my husband of almost twenty years is the  Executive Chef at Oaklawn Jockey Club, a historic throughbred racetrack.  On a good day he feeds five hundred day, on a bad day he has to process 7,000 pounds of corn beef and feed 20 thousand people.

Yesterday I called him, just to check up and say something encouraging. “Hey honey, what did you do today?”

“Damn, ok, how much am I gonna use, for six chicken breasts?”

“Ummm, half a cup will work, and the same about of brown sugar, two cups of beef broth.”

“What do I do with the chicken.”

He sighs again and I’m pretty sure I hear him roll his eyes, over the phone. “Season the hell out of it and grill.”

I kind of know what “season the hell out of it” means. Salt, pepper, cavenders and sage.

“Sure, thanks. I love you honey. I’ve gotta go. It’s inventory week.”

So there you have it a fool proof and delicious Bourbon Pecan Chicken recipe from Chef Alex Hampo.

My husband is a chef, he’s been in the kitchen since he was seventeen.  the first question folks ask me when they hear I’m married to a chef is, “does he cook at home?”

“Hell no!” The last thing he wants to do when he gets home is cook. He barely wants to eat. He’ll cut the grass, maybe event fold laundry but don’t ask a chef to cook after a nine hour in the kitchen

When we were dating Alex wooed me with food. He cooked all the time, trying to impress me. But, like a woman who stops wearing make up and goes grocery shopping in sweats after she lands a husband, Alex knows he’s got me, so he doesn’t have to entrap me with his magical Cream of mushroom soup with brandy or Chicken Escoffier.

That’s alright thou, because I’m married to a chef I basically have a voice activated cook book.  I can ask him any question about food and he’s got an answer. Yeah, my husbands a chef so I cook all the time. You’re welcome to come over for dinner! 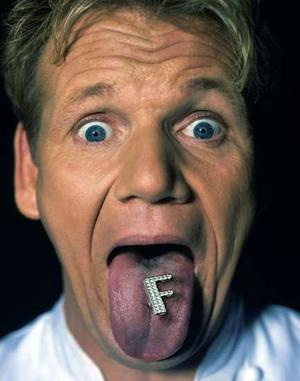 Do not marry a chef, man or woman. And don’t ever ever consider being a chef.  I say this knowing full well if you are in love with a chef, it’s too late. You’ll follow your stupid heart and marry him. If you have a passion for food and flavor, your life is over because you will follow your heart into the kitchen and then the walk-in.

Still I feel it is my duty to write these words. Do not become a chef because at fifty you will not look like Gordon Ramsey.

Here’s what happens when you become a chef. I know becasue I’ve been married to a brilliant one for twenty years.

You will work 10-14 hours a day, six days a week. Chances are you will miss most major holidays because those are huge food service days. Your children will have to hunt for Easter eggs in the late afternoon, after Sunday Brunch. You will celebrate New Year’s Eve with your honey at 2:00am, after you’ve cleaned up kitchen. And after feeding hundreds of patrons on Thanksgiving you’ll come home (around 4pm) to a smiling family and a table covered with a traditional Thanksgiving feast. But the last thing you’ll want is turkey and dressing because you just finished cooking and serving fifteen twenty pound turkeys, you prepared forty pounds of stuffing, three gallons of gravy, twenty pumpkin pies and thirty five pounds of mashed potatoes.

Still, you will sit down with your family, your feet and back aching, and you will try to choke down dinner  as though it’s the finest meal you’ve ever had when all you want is a beer and a peanut butter sandwich.

If you marry a chef the first question everyone will as is, “Does he cook for you at home”? Hellll no.  The last thing a chef wants to do at night is cook. Maybe he’ll mow, he’ll vacuum, he’ll help with homework but for the most part chefs do not want to cook at night.  If I bring home a really lovely piece of meat, or salmon he’ll take over. And sometimes,  he’ll thrill me with a sauce, a Bordelaise or Wild Mushroom and Sherry Sauce and it’s all worth while.

Escoffier was the king of chefs and the chef of kings. He was the man who, theoretically, got chefs out of the dungeon like basements of Europe.  but things really haven’t changed much for these impassioned artists.

Most chefs, no matter how extraordinary, don’t have a 401K, they don’t have a retirement plan and they have crappy insurance.

If you are already in love with a chef or with being a chef, good luck. Things will work out and there are positive aspects to the chef life. Alex actually wooed me by making apple birds for Mary’s kindergartenclass. Now that’s love and that’s sexy. Anytime we go out waitresses, dishwasher and kitchen staff treat us like royalty and he can always figure the food cost on any meal. And when there’s absolutely nothing to eat, Alex can make dinner with some kind of crazy chef/McGyver skills.

So…buy some new knives, a new cookbook, put on an apron and clogs, but try not to walk into a professional kitchen, you may never get out alive.