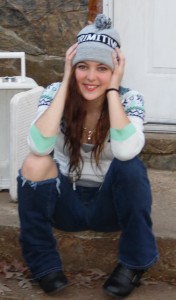 Being a nineteen year old has to be one of the hardest things on the planet. Your technically and adult, so you are supposed to know what you’re doing. But nineteen years olds don’t even have fully develop brains so they might be crazy smart and still do the dumbest stuff. And it’s not really their fault!

Most 19 year old are on their own for the first time. So they have to deal with things they have never ever even considered. Landlords for example. He has power, he’s a grown man, he owns the place you live. You have to pay him money but you have to hold his feet to the fire and insist he fix things when they are broken.  Demanding a grown up do something for you for the first time is awkard. But that’s what happens at 19.

At 19 you don’t have your mom or dad making  judgmental observations about your friends. At first you think it’s great. But then, bad things start to happen because you accidently pick terrible friends.

When you were 16 you folks would say things like “Honey, I think your friends are kind of snarky bitches, kind of back biting don’t you think?” And you would realize it was true.

Or “Honey, I think your friend is a drug dealer and maybe using you for your car.”

I remember once, years ago, one of my kids was 19. They moved into a terrible terrible Little Rock neighborhood. They thought they were friends with the low life neighbors. I tried to warn my kid. “No Mom, they are my friends. You don’t understand.”

A week latter the trashy friends stole everything in the house including the laptop with lots of irreplaceable creative stuff on it.

Nineteen year olds have to move away and grow away from their parents. that’s natural. But it’s so hard.

For a nineteen year old there are just so many new and really important issues and situations they want to handle and need to take care of but they end up calling home for advice. Even though that’s the last thing on the planet they want to do because they are trying to be independent. There are insurance deductibles, and deposits,  and groceries, bills, over draft charges, flat tires, dead batteries, lost keys, tax returns, utilities and direct deposit pay checks that arrive two days after all your bills are due. Parents handle most of this stuff until you move out on your own.

Even health is an issue. Without your parents hovering and annoying supervision 19 year olds don’t get enough sleep and eat really crappy food. Then they get sick and feel terrible. After months of feeling puny, though you are in the prime of your life, you relize what your parents preached was true. In order to be strong and feel great you have to eat well, sleep well, help other people and exercise. You have to take care of your body if you want to feel good.

But little by little they figure things out, they learn what to do. They don’t call home every day for help, or even every week. They figure out how to be an adult. And for a parent that’s a really proud and heartbreaking day.