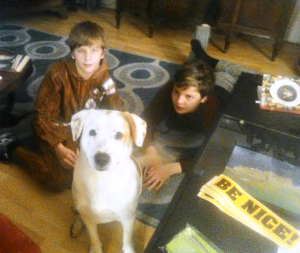 Last night at a high school graduation I watched a gooey sweet  couple hold hands and hang all over each other. It was kind of gross but they were in heaven.

For almost a year the parents of both  kids trying to break them apart. They have been pitching a fit, drawing lines in the sand, demanding they not see each other.  But the more ultimatums and rules the parents made, the closer the kids became.   Because the parents created a Romeo and Juliet situation the couple fell even more deeply in love. Their relationship became an “us against the world” romantic Walgreen’s novel.

The truth is, if you pit yourself against love…you will lose almost all the time.

This isn’t just true for parents.  If you have a friend who thinks they are in love and you try to make them see the truth, that  their honey is a super creep-o or a painfully weak and clingy creature they will dump your friendship in 8.3 seconds.

Humans are hard-wired to choose love over everything else.  We all think our love is different and everyone else is wrong.  So parents, do not make your child choose between you and a new boyfriend.  Be creative, but don’t holster up for a Mexican show down. It’s almost impossible to stop the love train.  You simply can’t watch your child 24/7 . If your daughter thinks she’s in love with obnoxious skinny boy who lives on the wrong side of the tracks  she will find a way to be with him.

If you have a buddy who is in love, do not think your 26 years of friendship is more important than his two month love affair. It  just doesn’t work that way.

Humans are romantic fools….it’s just the way God made us.  So pat your 62 year old friend on the back and wish him good luck as he climbs into the $73,000 dollar Ferrari with the new 23 yer old bartender/girlfriend.

Maybe it will work out.

*Leave a comment or email me at hampoland@gmail.com. Tell me a story!