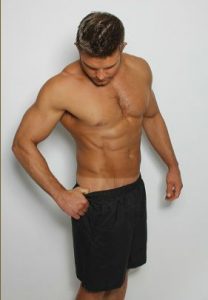 Steve jumped out of the car in front of Kroger. He was going to get a buggy and start working over the produce section while I found a parking spot. It was raining so I thought I’d be nice and let him avoid the run through the parking lot puddles. He was dressed for work, khakis, a red polo and good shoes. I’d been at the pool all day and wasn’t worried about my crocs.

It took me a few minutes to find a spot. Then I tried to sprit through the rain. Once inside Kroger, I dried my face and glasses with the inside of my tee shirt. It took me a moment to spot him. He had a buggy and was standing in front of the bananas and plantains. He was laughing with someone, a woman. I realized it was our neighbor, at least she lived on the same street. Heather Meyers. She’d obviously avoided the rain.

Heather stood in front of Steve’s buggy wearing navy leggings, a cute off white sweater and boots with cute heels. She looked like all the real estate agents I’d ever known. Perfect hair and lip stick, killer eye brows. My legs were longer and stronger, just because I’m a swimmer, but all her other stuff was way better than mine.

I don’t like the “real estate” look with the big lips and hair extensions. I wouldn’t want to look like that. But I understand why middle age men seem drawn to that look.

I took a breath when I realized Heather was touching Steve’s buggy. Actually it was more than touching, she was holding his buggy, as they laughed.

I tried to smile as I approached them, suddenly aware of how wet I was. Steve said, “Hey honey, you really got soaked. I’m sorry. You remember Heather?”

“Of course.” One of her hands moved off the buggy but the other still had a grip.

“We were just talking about this crazy old man at an open house today.”

I nodded and smiled. I wish I had my contacts in instead of my utilitarian glasses.

Finally Heather said, “Well, I’ll let you two get to shopping. See you tomorrow Steve.” And she touched him on the arm as she walked away. Four fingers, four perfect French nails, on his brown arm.

I couldn’t really speak. We shopped, got the things on our list and paid. I responded appropriately I think when Steve said something to me. But I didn’t have the words to talk to him.

We had decided earlier in the day that we would swim laps after the shopping so I headed toward the YMCA. Steve and I met and fell in love while we were both swimming the crawl and butterfly in college.

Steve  joked that our love was chlorinated. When we got married we were both still coaching and living like college kids. Then I got pregnant and we realized one of us had to get a better job. We literally flipped a coin and decided the loser would go into real estate. The market was booming and we both liked people.

Steve lost and had to take off his speedo. Things have been pretty good for the past seven years but we live in different worlds. I live at the pool, I work with kids and talk to parents, I wear my hair in a ponytail every day.

Steve has to dress like a grown up, make appointment, talk to clients and slogs through the paper work.

But every night we sit down for dinner with our son, Sam. Everything is good. We all laugh and tell stories about the day. We listen to Sam talk about teachers and friends and bugs. Then Steve goes into his study to work for another couple of hours and Sam and I get ready for bed.

I park in front of the Y. Steve takes my hand, squeezes it and says. “I’ll change and meet you by the pool. Did you bring my goggles?”

I nod and smile and once again he’s out of the car.

Because I’m already wearing my swim suit under my clothes I walk straight to the indoor pool. I can’t stop seeing Heather laughing, holding onto Steve’s buggy. She tossed her perfect blonde mane as she smiled at him. I remember doing that years ago.

Deliberately, I put our towels and goggles on the wooden bench, then stripped down to my one piece, took off my glasses then tightened my pony tail. Slowly, I sat down on the edge of the pool, lane two, and waited for Steve to emerge.

I was squinting in the direction of the men’s locker room when he stepped out. He still had a swimmers body, long and lean. But he’d given up the tiny speedos he swam in during college. Now he wore longer tight swim shorts that made his thighs and butt look amazing, even after years in the office.

He sat down in the lane next to mine and smiled. “You ready to do this.”

“Well come on Coach.” He slid into the pool then started stretching his neck, shoulders and arms. For the first time I noticed he was unusually tan, considering it was November. Had he been tanning without telling me?

We both pulled on our goggles then agreed on twenty five laps and both kicked off.

After four decent crawl laps I stopped and pushed the goggles up on my forehead. I could see Steve’s minimal splash at the far end of the pool. I could see his elbows rise out of the water but from this distance, without my glasses, I really couldn’t tell if he was coming to me or swimming away.