Dear Parents, the code has been broken.  One of Lexie’s friends recently explained to me exactly how teen age sexting with pictures starts.

As parents when we hear that a teenaged girl is in a pickel because she sent a picture of her boobs to a boy we sigh and groan and say ‘what the hell was she thinking, how could this happen?” Well, now I know.

It goes something like this and according to my 15 year old informant the script doesn’t vary much.

Girl and boy are flirting via text.

Guy: “I’m  sore from lifting weights. But look at this”. Then he sends a picture of himself with his shirt off looking all ripped.

Guy: “You should send me a picture”.

Girls sends a picture of her pretty face.

Guy: “That’s not fair. Send me a good picture.”

And then…if the girl is stupid(that’s how teenager put it)…she sends him a picture of her boobs or maybe she’s wearing a bra. If she’s smart she laughs at him and says something like “No way.”

Then the teenager and Lexie and I discussed the next thing that happens. Both the boy and girl take their phones to school. The girl shows other girls the picture of the guys muscular chest, everybody comments and it’s not that big of a deal.

And the guy does the same thing. He shows all his friends, team mates and acquaintances, even his little brother and uncle,  the picture of the girl without her shirt. And it’s a very big deal because he promised he wouldn’t show anyone.

A friend of mine who is a fifty year old business man told me his sixteen year old son and two best friends were looking at a picture of a girl on their phone. then they handed it to my middle aged friend. He looked, of course, then deleted it andyelled at the boys. But he looked, because he’s a guy.

So girls, think about that.  They boy might show it to his dad. And if his dad is a total perv and ass he might not delete it.  When you send that picture of your boobs, lots and lots of people will probably see it.

As parents I think we have a few options.  We can pull our children out of school and keep them at home for the next ten years.

We can take away their phones or at least give them phones without cameras. Or, we can warn our daughters that this is how the situation almost always unfolds.  The boy will show everybody the pictures on his phone because he’s proud of them and thinks their hot. It doesn’t make him a bad guy, it just makes him a normal guy.

After I learned all this from the 15 year old I called one of my older, 20 something kids.  I started explaining how all the teenaged sexting starts and was interrupted when they laughed and said,  “Mom, I know how it starts.”

Ouch!  And I made a mental note. “Never ever pick up older childs’ phone and casually glance at the photos without permission.”

*Names have not been included to protect the innocent and guilty. 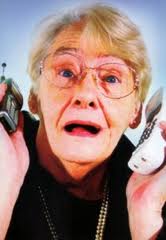 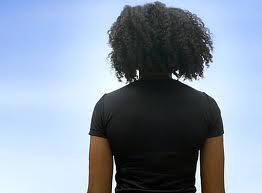 I’ve lost my touch. Years ago I didn’t just “hold a grudge”, I fed it and rocked it to sleep. If I got mad at someone, I was absolutely brutal and didn’t have any problem cutting them out of my life with a scalpel.

I was never ugly, I didn’t speak poorly of folks I was mad at or who hurt me. I simply acted as though they didn’t exsist. They became invisible to me.

Before you start lecturing me on forgiveness let my assure you I know how damning and detrimental  anger can be . I know WAY BETER THAN ANYONE ELSE that I was hurting myself and punishing myself with this absurd behaviour. I KNOW so please don’t  tell me about the importance of forgiveness.  You think I don’t know that? Hell yeah,  I know holding a grudge and not forgiving people makes you sick inside and out, it eats at you….etc… I’m stubborn and petty but I’m not stupid.

But I’ve lost the touch. I’m such a wimp now I can’t stay mad at people anymore, even if they really really hurt me. Even when I’m mad I know I still love them. And eventually, I relent, say, “what the hell” and drop the grudge. I realized this the other day when I caught myself smiling while thinking about someone who hurt me. I was smiling and that felt good so all of a sudden I decided I wasn’t going to be pissed off any more.  Suddenly, the tilted table, the see-saw, the scale, they all felt balanced and I felt really good.

I think part of the problem has to do with cell phones. Fifteen years ago it was so easy to avoid the offender who hurt your feelings. They couldn’t reach out to me when I was in the car or working out. All I had to do was refuse to pick up the phone at home and they were out of my life.

Now, because of cell phones, you can call me and text me all the time (I have a ancient cell phone so I can’t block numbers). You can send me a text that just says, “I really miss you”. That tells me your thinking about me and my hard heart starts to thaw.

I’m kind of disappointed in myself but I’m also relieved  Holding a grudge and dropping people like dirty socks takes a lot of effort.  Yeah, I still get mad, I get crazy smokin’ hot mad. And like everyone on the planet, I get my feelings hurt when you say or do something mean.  But if I get mad at you, just a wait a couple of weeks and chance are I’ll  get over it or,  I’ll miss you so much that I will decide to keep you in my life even though you are an ass.

And hopefully, when I really tick you off and make you made you will do the same.

*if you have a hot temper let me know, if you think I’m an idiot, please let me know. Send me an email at hampoland@gmail.com, leave a comment, hit the rss button at the bottom. Anything so I know you’re out there. Thanks, DH