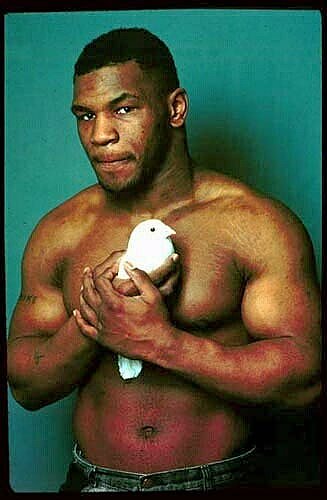 This morning I had a terrible case of “popcorn brain”. This happens to me at least once a week when my brain is so full of fantastic ideas and projects that I can’t actually get anything done. I just pop from brilliant to more brilliant.

First, I was listening to a Mike Tyson interview. He’s soooo cool now. Tyson talked about his heavyweight championship belts, he said they were just trash, just old history, stuff that “represents money and dope” and that doesn’t mean much to him. Now, the only thing he really cares about are his family and kids and pigeons.

Then, I realized Sandor, who is eight, had never listened to Harry Belafonte, so we went through Tally Man, The Boo Boo Song while he ate breakfast.

Next, I heard Gil Scott Heron had died. I’ve loved him forever, he was the first rapper, forty years ago, long before Run DMC and the Sugarhill Gang. And while I was thinking about his song Whitey On The Moon.(I’ll write more on hime later). That’s when I realized our hummingbird feeder was empty and a different bird had finished a nest over the back door and I really needed to mop the kitchen bathroom.

All these thoughts made me reconsider “Thank You Note Week’, something I’ve been wanting to do forever. We should all write a thank you note to someone everyday, for one week. Thinking about thank you notes made me  remember it’s Sunday and we had to get ready for church and then maybe we should go to the lake, if it’s warm enough to swim. While I was looking for clean socks for Sandor we started cleaning out his drawers because they were an absolute nightmare. There was a turtle shell, kazoo and three sticky popsicle sticks in one drawer. Then I saw my boxing gloves buried in Sandors bead. I put them on and threw twenty jabs. I haven’t worked out in a week and it’s making me a little crazy.

All these thoughts in less than five minutes. It was pretty exhilerating. I love popcorn brain, Mike Tyson, Gil Scott heron and I really love being home.