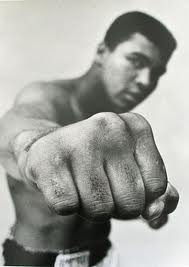 It’s the 4th of July, I’m laid up in bed but I’m thinking about two men I never knew who had Parkinson’s Disease. I love them both.
The first was my grandfather Dr. Jack Sidney Stell. He was a surgeon at St. Joseph’s Hospital in Hot Springs, Arkansas from 1918 until the mid 40’s.

The family called him Daddy Jack and he was deeply loved in his hospital and in his community. Daddy Jack was a staunch and faithful Baptist but his nurses at St. Joseph’s were all Catholic nuns.

I remember being told a story about my grandfather by very old nuns when I was a little girl. He’d been dead for years but his legend and the tales of his faith continued.

Daddy Jack was diagnosed with Parkensen’s disease in the early forties, just as WWII engulfed the world. At first the symptoms were mild but they grew worse, as did the war.  Lots of the younger doctors enlisted and there was a shortage of surgeons in the area. Daddy Jack’s skills as a surgeon were desperately needed but his hands were starting to tremble.

So, before every surgery Daddy Jack and his nuns would kneel down on the cold tile floor of the operating room and pray for his shaking to stop, long enough for him to operate.  And it did.

Over and over again the nuns and my grandfather asked God to intervene and still Daddy Jack’s shaking hands. And He did.Dr. Jack Sidney Stell was able, with the help of the St. Joe’s nuns and God, to successfully perform hundreds of operations despite the Parkinson’s.  And when the war ended and the doctors all came home, Daddy Jack retired.

My number two man ins Muhammad Ali. I love him so because of his extraordinary ability to rise above the desiese. He was famous  for his witt, his grace, his footwork and his mouth. Parkensisn took all those things away from him.  And he somehow became more of a man, more of an iconic figure we could all learn from and admire. His silence taught us more, his unsteady steps taught us how to be strong and his frozen face is still filled with love and humor. He is Ali and I love him more now then when he was the heavyweight champ. He is more beautiful, more powerful and important now.

I love these two men so much because they have shown us there will always be grace and  power in faith.