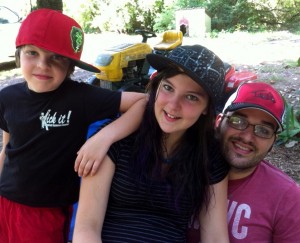 Last night my daughter, who is sixteen, asked me what happened to all my family money.

She knows, when I was little my family was pretty close to being rich.  We were in the neighborhood. We didn’t have “old money” like the Kennedy’s or Rockefeller s  But we lived well, very very well.

I went to private schools. We had memberships in all the golf and tennis clubs in Hot Springs, Arkansas and Boca Raton, Florida. We always had maids and even took them on vacation  so my mom didn’t have to watch me all the time. I took English horseback riding lessons so I could compete in dressage and we had a reserved box at the Boca Raton Polo Club. I had a boat when I was 13 . I was a debutante and traveled to Europe several times before I was 21. We had a place on the lake and my grandmother’s big family house on Prospect Avenue in Hot Springs.

We had some money.

These days my husband and I work a lot of hours every week to hang on to our five acres and home. The house is falling down. Sometimes we have a couple thousand dollars in the bank, sometimes, when one of the kids needs an extra 100 dollars it’s hard to scrape it up.  We manage to go on vacation (to Gulf Shores)  every five years. We don’t have any money and we don’t have  box seats to the polo matches.

So, what happened to all the money. It’s that same sad story I write about sometimes. But there’s a happy ending, so hang in there. When I was sixteen my father, who was 51 and my brother Jack who was 24 , both died tragically just two weeks apart.

My mom was a CPA, but she was so grief stricken and paralyzed with pain she could function. She made bad investment, then liquidated assets to make more bad investment.  She wasn’t able to pay attention to the paperwork required by life and the IRS. And all the money was gone in five or six years. Bottom line…the IRS got most of it.

Here’s what I remember about my life when I had money. There was a lot of fighting. The people I loved the most were always angry at each other. My oldest brother, my dad and mom were constantly in the throes of battle.  Everybody loved me and took care of me, but I remember hiding in my room crying because of all the screaming and arguing …and it all generally revolved around my brother’s behavior when he was a teenager , he did a lot of really bad stuff….and money. 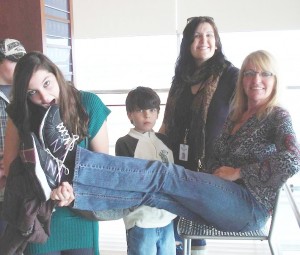 Here’s what is true about our life today. We are here in Hampoland and we love each other. We play and joke and tease. We call each other “poop face” and “buckethead”.  Mary and Jack love to lick everybody’s face when we are taking pictures. We have secret jokes and hand shakes. And we call ourselves “Team Us”. There is very rarely an argument or fight in the house.

Because we are a member of our own team we all take care of each other. Sandor, the ten year old is sick right now and Lexie offered to make him tea or hot chocolate.

We don’t have any money, we don’t go to polo matches, it’s a big damn deal when we get to go out to dinner. Sometimes we roll change and we’re late paying bills because we simply don’t have the money. My car has 237,000 miles on it.

But all the kids go to college and we love each other.

We don’t have a maid (Lord I need one) but we have joy and we have each other.

Boy would I love to get my boat back and go on a vacation. But what we have now is so much better. If my kids argued all the time and stayed in their rooms all the time just to avoided us, I would be heartbroken. No amount of money could fix the heartbreak.

But more importantly, all my kids know how to build their own “Hampoland”. And when they do, I hope I’m there to lick some foreheads and call them all “poop face” cause that’s the good stuff.

(See, I told you this story had a happy ending.)