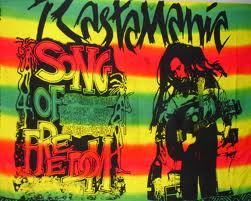 Some days swing from one extreme to another it’s almost comical in a bipolar kind of way. These manic days can be exhausting or exhilarating, it all depends on your minds set and attitude.

Yesterday Sandor an I drove four hours to a taekwondo tournament in Fort Smith Arkansas. For five hours we were intense and formal, enthusiastic, militaristic and jacked up on endorphins, adrynalyne and Mtn. Dew. Along with some of our best friends, we competed and cheered, barefooted, in heavily starched uniform. When Sandor punched a boy right  in the face three times, I couldn’t have been more proud or excited. (Yeah, I know how bizarre that sounds.)

We got home around five o’clock and my best buddy Amelia called. She wanted us to got to Low Key Arts and listen to a reggae   band, Tidal Waves, from Africa.

Three hours later the entire family stood in front of a stage, surrounded by old hippies and hippsters, swaying like willow trees. The dark warehouse turned musical venue was full of glow- in-the-dark hula hoops, laughing children and tie dye shirts. The band started late but they were old black reggae guys, what did I expect. I watched other people clap (mainly my daughter Lex) so I could keep the beat. I tried to dance a little but didn’t really move my feet because somebody convinced me 15 years ago that I looked stupid dancing so I haven’t tried since then.

(Side bar: Never ever tell someone they can’t dance. They might listen to you and never dance again. Then they lose one of the great free and natural pleasures of life and it’s your fault.)

It was a beautiful evening. But it was the exact opposite of our morning.   The Taekwondo tournament was all about discipline, training and competition The evening  spun like an abstract painting around spontaneity, creativity and freedom.

That night when I went to bed and dreamed  I was competing again, doing my second degree pattern, in  my  starched uniform, my  belt cinched perfectly, I kicked higher than I can in real life. Things were beautiful but something was different.   Bob Marley, the iconic reggae legand, was singing  No Woman No Cry and everyone was swaying in time.