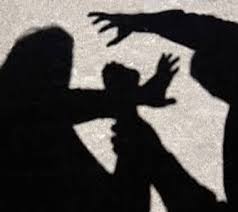 A friend of mine is in her 20s, lovely and fun. Recently Jessica helped a man, a great big man, with some grant writing at his apartment.  They were friends.

The next day he texted her, saying she’d left her glasses at his place. She told him she would swing by in an hour or so.

When she got to his apartment she heard him yell, “They are back here in the bedroom. I’m working on that paperwork from last night.”

She walked into the bedroom and there he was, still in bed.  Her glasses were on the bedside table, not in the living room where she’d left them. Embarrassed, she reached for the glasses, he grabbed her wrist and pulled her down, on top of him. Jessica  hit him in the face with an elbow then threw up on his bed, scrambled free and ran out of the apartment.

She was assaulted by a “friend” and thankfully got away.

I don’t know but I suspect this happens all the time. Most smart young women are far more naïve than they realize. They are also kind and trusting, they are good people who really  want to help. And they assume everyone is just like they are. But there are rat bastards in the world and they are the ones who recognize this naivety and take advantage of it.

When I was in my twenties I had a very similar experience.  I was working on a newspaper story about long distance truckers.  On evening I spent a couple of hours in a big truck stop with my 35mm camera and  little tape recorder listening to their stories and asking endless questions.  We were talking about the sleeping conditions in the back of the trucks and this super charming trucker asked if I’d like to look at his truck and take some pictures. He seemed so nice and really wanted to help me. But something rattled around in my naïve head and I said “no thank you”.  He got so angry then and I’m absolutely sure he would have tried to rape me had I crawled up in that cab. He know I was smart but innocent,  foolish and naïve.

As women we want to help people, we want to reach out and be kind. And sometimes people take advantage of that desire to do good.

A year ago my daughter Mary and I  were waiting for a Mega bus in downtown Little Rock. Mary is very tall and shiny and beautiful. It’s impossible for people not to look at her. So, we were standing in a parking lot with ten or 15 other folks when an energetic guy approached  us.  He was chatting it up with everybody, kind of dancing around and making jokes. He was funny but it was obvious by his actions and the crowds re-action we should keep an eye on him. But Mary and I were too friendly, too trusting, we didn’t want to seem rude or snobby, so we  smiled at him, nodded at his comments and that’s all he needed. He took our friendliness to be weakness I guess. He wanted a ride, he wanted money, he wanted to talk some more. When he wasn’t looking we started trotting toward our car, managed to get in and lock the doors before he started chasing after us, making crazy loud bird noises and trying to open the back door. I had to do a donut and jump a curb to get away from him.

I don’t want all the girls to become hardened bitches. But it is our job, as adults, friends and parents to make sure they understand their are crazy people out there and there are bad people too.