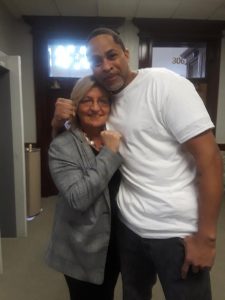 I have a friend who is in prison. He’s in the custody of the Arkansas Department of Corrections.

Upfront, I’ll say my friend Luther, got caught up in something stupid. He was guilty and now he’s serving his time.

I got to give Luther a hug in the courthouse before he was sentenced. And he promised me he would make good use of his time in prison. He really wanted to learn woodworking and get some training in HVAC , so he could come home, get a job with an air-condition/heating company and take care of his daughters. That was the plan. He was going to make the most of the situation.

His plan was a good one but I’ve learned that’s not the way the prison system works. In six months Luther has been moved seven times. He’s signed up to take classes and to work on his GED when he first went in….he’s still waiting…six months later to attend a class. It seems to me teaching an inmate a new trade, a way to better himself, a way to support himself , should be a priority. But that’s not how it works….at least not for Luther.

If a man can support himself, maybe he won’t end up in prison again. Maybe he will change his stars, change his life, and never go back to prison. Isn’t that what they want?

I don’t know….if that’s what the Department of Corrections wanted wouldn’t they make that a priority?

In the beginning, while Luther was waiting to go to an Arkansas State Prison, he was held in several county jails. The first was fine. The second, in Camden Arkansas, was insane. Inmates there were not allowed to have books. BOOKS! Generally jails and prisons allow inmates to receive paperbacks via Amazon. I would think jails and prisons would want inmates to read instead of other things. Not Camden. No books….at all.

Finally, I called to ask some tough questions about that policy. The deputy on the phone admitted inmates could have a Bible or Koran….soft cover…but I had to hand deliver it. So I drove three hours to give Luther a Bible.

In the last four months Luther has been moved in and out of several Arkansas prisons. He always asks for classes but has never gotten into any, and then he’s been moved again and again.

Luther told me last week he’d been moved again, this time to Texas. They didn’t tell him why. Nobody has to explain things to inmates. So far, no classes, no learning just more of the same. 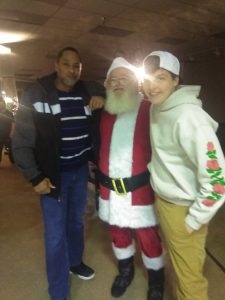 We all know Einstein’s definition of insanity. Doing the same thing over and over again and expecting different results. Our prison system is not just flawed, it’s a nightmare. The Luthers of the world admit they’ve done wrong. They go to prison hoping they can learn something new, but the system won’t allow that to happen.

America locks up more people every year than any other country in the world. There are countries like India and China, who are much bigger…but we lock up more. And most who go to prison in America end up going back, over and over. Check out the numbers 50 to 75 percent of inmates end up back in prison.

It’s a big business keeping people locked up. A lot of people are making a ton of money keeping Luthers locked up.

Maybe nobody wants my friend Luther to learn a new trade. Maybe they don’t want him to become a better man. Maybe they are betting their future on Luther returning to prison.