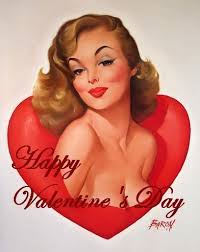 My mom, Ann Stell McDaniel, hated this story, but in honor of Valentine’s Day I’m going to tell it.

My parents met and “fell in love” in third grade at Jones School, in Hot Springs, Arkansas. From day one until my dad died it was a beautiful war zone, a romantic, tumultuous roller coaster ride. Even the first year, when they were just eight years old was brutal.

My mom’s family had money.  She was an only child and her father was a surgeon at St. Joseph’s. In the early thirties they had just moved into a big, beautiful two story home on Prospect Avenue.

For my father’s family money was tight. His family lived on Whittington Avenue, on the other side of West Mountain.  Because there were lots of mouths to feed, Dad always had several jobs to help the family. In February of 1931 he was working as a stock boy at a drug store down town.  Because he was only eight he couldn’t handle the cash register but he cleaned up and made deliveries.

That year there was an enormous box of candy in the front window for Valentine’s Day.  Dad swore it was almost as big as he was. He couldn’t stop staring at the silky read heart shaped box and he knew he had to get that candy for his one true love…Ann Stell.

For two weeks he worked extra hours, even skipping school twice, to save up enough money to buy my mom the giant box of candy. On Valentine’s Day he had just enough money to buy his true love the chocolate she deserved. Proudly, he marched up Prospect Avenue carrying the heart shaped box in both hands.  He climbed the steps to her front door and rang the door ball.

After a moment her maid, Miss Willie answered the door and called for Ann to come down stairs.

Grinning, dad tried to hand my mom the box of chocolates but she shook her head and said, “I’m sorry, my mother doesn’t let me eat cheap candy.”

When she went inside dad trudged back down the steps, then sat down on the curb in front of her house and ate chocolate until he threw up.

Mom really  hated that story. So, in her defense, I will tell you she was very very spoiled and sometimes used her good fortune to take care of Dad.   Every Christmas, when they were little, she would ask for things like Erector Sets,  Army toys and sets of paint, knowing she would get everything on her list. Obviously she was asking for stuff my dad wanted. It’s true, she broke his heart over and over but then she did her best to put it back together.