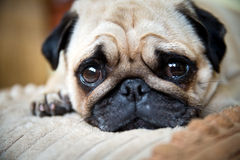 I have a really good husband. We’ve been married for twenty or twenty two years.  We both always forget.  We also have two really wonderful dogs.

Aries is a German Shepard/Wolf hybrid.  I thought I was buying a simple female German Shepard. A fat man in a red corvette lied to me.

And then there’s Spots.  He’s a stocky white dog with weird brown spots.  He’s a pit bull mix that showed up in our yard, emaciated, with cigarette burns on his head.  I swore I would never have anything to do with a Pit Bull of any kind, but all this dog does is wag wag his branch like tail and he tries to make us happy.

Last night I was lying in bed watching a PBS show about barns in Arkansas.  Spots looked deep into my eyes and I started rubbing his silky ear.  “Look at those pretty spots on your ears. That one looks like an island, that one looks kinda like Cuba and that one looks like a water bottle. You have the prettiest spots, Spots.”

His club of a tail thumped heavily. He was in doggie heaven. So, he rolled on his back and snorted cheerfully.

A few minutes later Spots rolled over to stare at me again and I started rubbing his nose. Slowly, I ran my thumb down, between his eyes and I said, “You are so handsome.  Look at your weird eyes and think neck and sausage like tail.” In less than a minute he was asleep. So happy to be loved.

When was the last time I rubbed Alex’s ears?  I don’t think I ever have. Have I commented on his nose or ears lately….last week I told him I was going to trim his Eisenstein eyebrows or shave them off in his sleep. And what have I ever said about his tail? Maybe years ago.

You see where I’m going?  If we treated the people we love like the pets we love the world might be better.  Man, I would love it if Alex stroked my hair, scratched my neck or told me I was so beautiful and sweet, even though my breath smelled like roadkill.

I need to rethink good behavior, bad behavior and our reward system.

Sure, Spots and Aries give me unconditional love. But so does Alex.