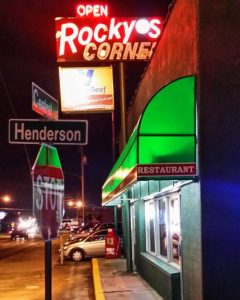 One thought on “Love At Rocky’s Corner”