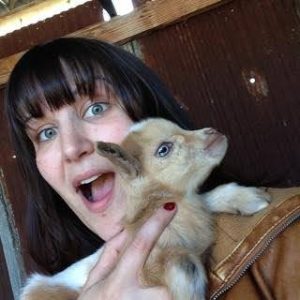 My oldest daughter, Mary, was a spectacular kid. But when she was young she was…..well….really really greedy. She laughs about it now, we all do, but when she was six, eight, ten, I was a little concerned.

Mary always wanted more. She idolized, adored her older brother Jack. She literally worshiped him.  Jack was her everything, he even tried to fail first grade so he could be held back a year. He thought he should to stay in Mary’s grad and then he could take care and protect her. Still, Mary would steal Jack’s stuff all day long, even if she didn’t really want it.

Every Easter, for at least seven years, Mary woke up early, studied the baskets the Easter Bunny left, then she put all the good stuff, including chocolate, in her basket. And she filled Jack’s with the cheap candy, do-dads and toys she didn’t want.

She did the same thing with the Christmas stocking. Then she’d shrug and say something like, “I don’t know why Santa likes me better.”

But a few years ago, something changed in Mary’s heart. She met Andy and fell in love…. as she’d never fallen before.

The week after Thanksgiving the texts, emails and facebook messages began. She sent me links to things Andy would love for Christmas. There was a pair of brown Aldo loafers she desperately wanted him to have, but couldn’t afford. A week later she called her dad, to tell him about a saw that would make him so happy.

The “suggestions” went on and on. The girl who stole all the chocolate Easter bunnies’ literally didn’t care what she got for Christmas. She only wanted Andy, the man she loves, to be happy.

Mary told me over and over, “don’t worry about me this year, Andy deserves everything.”

Was this my Mary on the phone? Had some kind of a ”body snatchers” thing happened while she was in the basement?

“Big Love”, the kind of love that makes you forget about yourself, is rare. Lots of folks get married and live together for years and years and years but they never stop thinking about themselves.

Mary has crossed that line and grown into a more beautiful person. She loves Andy so much she places his needs above mine, above the families’, above everything. And she fiercely protective.  Now she chooses Andy, her husband and her love. And that’s the way true love and a marriage are supposed to be. I believe God has given both Mary and Andy a higher job order.  Now, they are supposed to take care of each other. That’s the first requirement and these guys have it right.

I love and admire this new woman she has become. And Andy Stanley is a lucky man.

2 thoughts on “Love Changed My Daughter”