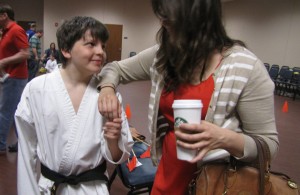 Dear Brothers and Sisters, all of you out there.  Promise me you won’t do what I did. I’ve written about it before but is still sits in my heart.

Understand, that all you brothers and sisters are the same, you are a herd of zebra, as connected and similar as possible without being identical. You are the same,  your stripe patterns are just a little different.

You are the same, more so than anyone else you will ever know on this planet, but you have different internal clocks from each other, a different moral compasses, different electrical impulses racing through your heart and brain. But you are the same and know the same stuff, instinctively. 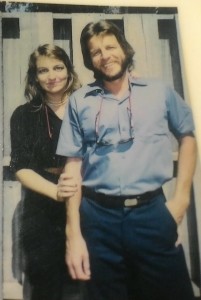 My brother, Granger, and I were always really close though he was eleven years old.

But when I was in my late twenties and had young kids he started really pissing me off. He was always late, sometimes hours sometimes days. the kids would spend hours anxiously waiting for him, because he said he was coming. Sometimes he arrived sometimes he didn’t. He accidentally took my kids on minor drug deals. They went hiking and he only remembered to take beer and vodka. But they did just find sucking on ice cubes. He’d bring one kid a present and forget the other. He talked about himself constantly or told wildly inappropriate stories about hookers and  inexplicable trips to small South American countries.

In my eyes, for years, he never said or did the right thing. So I was perpetually annoyed and pissed for five years.

Then, one day, something clicked in my brain. Why was I wasting so much time being annoyed, offended and angry? What a waste of valuable, precious time with my only living family member. I was a bitch and an idiot. So I stopped.

We were the same but different. Thankfully, God changed something in my heart  and all I felt was love, compassion and understanding. If we owe anyone one unconditional love….it’s our brothers and sisters. So stop wasting time wanting a person to act the way you think they should. That’s just dumb.

I still struggle with this. Sandor has friends and I have friends who are constantly changing plans, not arriving on time, not letting me know their plans change. For years I would seethe and fume. How inconsiderate, how rude. Secretly, I felt superior because I was punctual or organized.  What a bitch I was!

Recently, however I’ve realized these schedule meltdowns actually don’t have anything to do with me. I’ve learned to say or text “No worries.” Because I love them and they really don’t mean to be inconsiderate. Their day just blew up.

And one more thing. If you do blow up or snap or gripe at your brother or sister, that’s not surprising.  Your family. but do yourself a favor and learn to say, “Sorry I was an ass.” That’s all you have to say and all the negative vaporizes. Have the guts to say you’re sorry. It makes life so much easier.

I’d give just about anything to have a year back with Granger. I don’t care how bizarre, inconsiderate, inappropriate and self absorbed. He loved us and he was just being Granger. He was the last zebra with my stripes.

Love your brothers and sisters, as different as they are. That’s all you have to do.