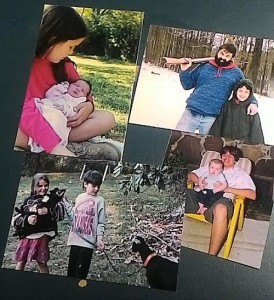 This blog only matters to five people in the world, so nobody else needs to read it, unless you really want to.

So, today, as I sat in one of the new blue Adirondack chairs Alex got me for Christmas and Aries the giant puppy has chewed all to hell, I realized I needed to say thank you to our yard and porch.

First let me say I’ve had a love hate relationship with our house for 25 years. It’s a beautiful mess, a five acre red neck ranch.  Projects are never finished, the laundry is never done and there’s always an old broke down pick up truck somewhere on the property. But it’s ours.

And we have an enormous front yard. Because of all the foliage you can’t see our house, yard or driveway from the highway, but here we sit.  Some of the happiest, most magical moments of my life have taken place 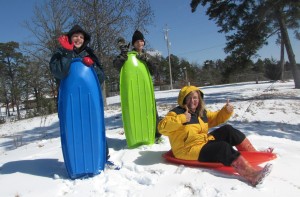 out there, despite the stickers, dandy lions,the rocks and the patchy grass. 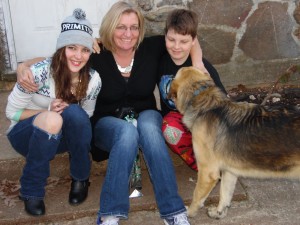 I remember twenty years ago, lying on my back, all by my self, when I was pregnant with Lex and smiling because I knew I could feel the gentle curve of the earth. I remember twenty two years ago hiding in the bushes while Mary and Jack waited for the school bus.  Jack didn’t want me to walk them down because he said he could protect Mary though he was only six or seven.

After a big snow, I remember telling the kids not to have a snowball fight with Alex because he grew up in inner city Detroit and snowball fights were lethal.  They didn’t listen and ended up crying and bruised because Alex packed his snowballs until they were as hard as cannon balls and he always aimed for the head. 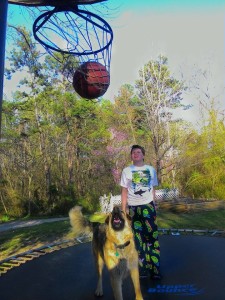 We set up so many swimming pools in our yard, and they all collapsed because our yard isn’t flat. We have a running joke “Warning Eminent Pool Wall Collapse.” We had historic Ramin Noodle wars, chased puppies and Fred the Goat.

All four of the kids have jumped on the trampoline so much over 25 years, we’ve gone through three mats. In elementary school Lexie spent hours jumping jump rope and talking on the phone on the trampoline.When Jack was 13  I thought he and his friends were all out there “talking” on the trampoline and years latter learned they were all making out. Sandor and Sam love pulling the trampoline under the basket ball goal and making epic slams. Sadly, last week they thought smearing the trampoline with Vaseline would make it more fun. That didn’t’ work and we still cant get it off.

There’s a special place in out big yard where Mary buried her dead parakeets.  She forgot to water and feed them sometimes. And once she accidentally kicked her dog Bear in the mouth. We thought she broke his jaw 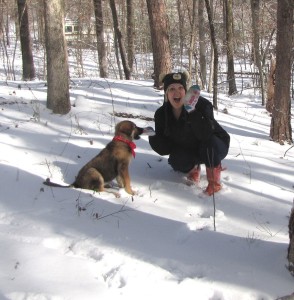 but found out from the vet, after I payed him two hundred dollars, that he’d been chewing on a pork chop bone and it was just stuck in his mouth.

We’ve shot bottle rockets, paint balls and bb guns at each other in the yard, hunted for eggs and candy, run out into snow storms in our underwear and had massive water balloon fights. We’ve slung each other behind a four wheeler with a ski rope. for years Alex beat young  Jack in basketball in the yard until one day, when Jack was 13…..things changed. It was a shocking day for Alex.

Once Jack got mad at me and climbed the Magnolia tree, said he was going to stay there all night, so I threw him a pork chop and told him to enjoy dinner. 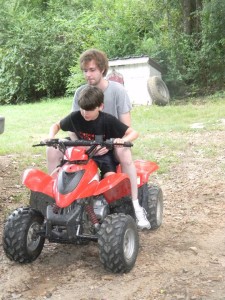 There’s been a lot of dancing in the yard, especially between Mary and Lexie. Ask them to do the Sexy Dolphin Dance…it’s fun. We’ve argued, played guitar, howled at the moon, chased and hugged in the yard. We’ve welcomed new and magical family members and puppies into the world. It’s been a really good yard.

Today in the yard, our garden gave us a massive zucchini and cilantro for our tacos.

Thank you yard. You’ve given me so much and I’ll never be able to repay you.  You’ve made my life better.