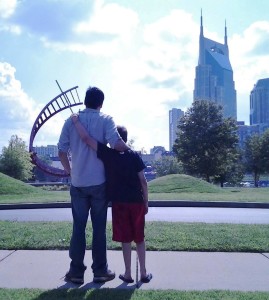 Why in a billion years would he think he could study architecture in prison camp? That’s an absurd and delusional idea. But, as it turned out, he spent the bulk of his time in the POW camp, with a Polish Architect who taught him everything he knew.