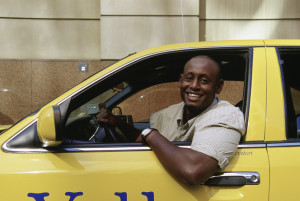 Alex and I took a quick trip to Memphis this week, to have dinner with our oldest son, Jack. I’m going to tell you all about the people we met, though I’m sure it is politically incorrect.

When we checked into our historic and possibly haunted hotel a very nice white boy and black girl, both in college helped up find a taxi and locate our restaurant

Our taxi cab driver was named Al, he was an older black man who grew up in Memphis and had been driving a cab for thirty years. He told us he’d visited Hot Springs three month earlier and took his grandchildren to Magic Springs.  He loved our historic downtown and thought Hot Springs was a lot better than St. Louis.

Our waitress was a lovely stressed white girl who got too many tables at seven pm, but still took great care of us.

Half way through dinner I asked a very tall white man named Steve-Ann if he’d tell us the history of the restaurant, The Beauty Shop. As you might have guessed it’s an old beauty shop complete with wash sinks and dryers.  Priscilla Presley used to get her hair done there.  Steve Ann was charming and very gay, which made my husband a tiny bit uncomfortable. Steve Ann knew all kinds of fascinating things about the Beauty Shop, and I’m so glad he shared with us.

After visiting Rum Boogies, where we saw three underage white girls use fake ids to drink. Alex was in pain after a long day, we called for a taxi.

This time we got a new taxi cab driver.  He was very friendly and smiled a lot and had an unusual but familiar accent.  He told me he was from Africa, when I pushed him he said he was from Somalia.  When he dropped us off I patted his arm and said “welcome to America” and he smiled again and said, “thank you, thank you very much.”

Before going to our room we stopped in a convenience store to get Alex some candy. There were two Russian guys, probably around 25 with magnificent bone structure and skin and very bad manners in front of us.

And that was the end of our day. I don’t understand why some folks think it’s wrong to state what a person is, black, white, gay, straight.  What we are makes us who we are. And most of the time that’s a good thing. I know I’m a middle age, straight, white woman and don’t feel offended when others say that. It’s simply the fact of what I am.

So folks stop tiptoeing around. All kinds of folks from all kinds of places contributed to one of the best birthdays I’ve ever had. They were all part of the magic, no matter where they came from or how they ended up where they are now.

One thought on “My Politically Incorrect Story About Memphis”