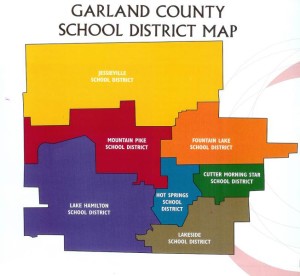 Today Sandor, who is suspended from school, and I went to Movie Magic, the video store here in Ft. Lake.  That’s right Fountain Lake, a little rural redneck community out side Hot Springs, Arkansas still has a video store.  The closest Red Box is eight miles away, infront of the Wal-Mart, so an actual video store is really useful.  I think there’s only one other video store in the county of 100,000.

I love Movie Magic for a lot of reasons. Sure, we have Netflix and that strange Amazon Fire Stick thing, but Movie Magic has other attributes.  First, Pat and Amy save me a ton of money.  Yes Red Box is cheaper per night but I’m bad about returning videos. Really bad.  When I walked in today Pat reminded me I had not returned “Get On Up” a movie about James Brown…..in three weeks!. He charged me less than ten dollars in late fees, cause he knows how the Hampos are. If I’d rented that movie from Red Box my late fees would be right around  sixty five dollars.  My debit card would have kept on getting dinged, no one would have called me and I’d be screwed.

Lot’s of times, when we go in the guys at Movie Magic make recommendations of movies they think I might like. They know I like weird stuff compared to other folks in Fountain Lake. Movie magic tries to help, Red box never does.

Movie Magic knows I’m pretty strict about the content I let my kids watch so they always give me the heads up if I’m renting something they suspect I won’t like.  Red Box doesn’t care what I rent!

And finally Movie Magic has real people who know my name when I walk in! They take my checks, they ask me how the kids are and they buy stupid fundraiser stuff from us for band or basketball or quiz bowl. They have weird hours,close early and sometimes don’t have the movies we want but Movie Magic is  is part of Fountain Lake, part of what makes us a little backwards, a little different and a little awesome.

So go on out and rent a movie tonight, just to support Movie Magic, because we want to keep them around. Oh wait, you can’t, it’s eight o’clock. Well tomorrow, go rent a move.

2 thoughts on “Our Video Store….Movie Magic”