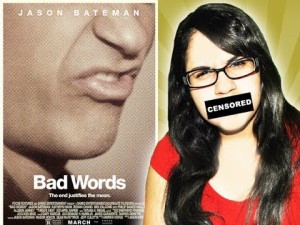 There are words I love, ubiquitous and onus are two of my favorites.And there are words, lots of words, I hate. The meaning and impacts of words change constantly.

Years ago, when the phrase “that sucks” became popular I almost had a nervous breakdown. I forbid Jack and mary to use that phrase because I associated it with oral sex to be honest.  today I use that word almost every day.  It’s lost it’s ugly meaning and I’ve been desensitised.

Remember how crazy everyone went when Katy Perry’s I Kissed A Girl?  Now grandmothers and little boys  sing along together, unphased. Desensitised.

There are some words I still consider “bad words” because I have an ugly, visceral reaction to them. A few are “douche”, “skank” and “whore.” No matter if I hear those words in a cheerful, friendly context they hurt. For a couple of years kids used the word “rape” as a normal verb.  They would say, “I raped that test” and I was horrified. Thankfully, that word has lost a lot of it’s popularity.

Sometimes,  we become desensitized to bad words because of the group, gang or pack of people we hang out with.  A few years ago one Jack’s twenty five year old friends showed up at my office to  visit. I love this handsome shaggy brilliant boy. but in the first ten minutes of conversation, about a club he played the previous weekend, he was loudly dropping the F Bomb and describing women he met in a club as hot bitches. I had to shhh him and explain there were ‘grown ups” in the hall way. He just laughed.  I understood in his world, surrounded by other 20 something musicians and friends that language was just fine.

In our family we do the same thing.  In Hampoland we call each other “chicken butt” and “ugly” and “loser” all the time, because we love each other. But these are words I can’t generally use with clients….or they’ll fire me because they aren’t part of Hampoland.

I might say to my eighteen year old daughter, “Listen silly bitch you better make your bed.” And she’ll laugh at me and give me a hug. If I said that to a colleague at work I would not get the same response. Or if it came back to that same colleague, second hand, that I had referred to her as a bitch, no matter the context….there would be drama at work and I would likely lose a friend.

So that’s the tricky part.  If you are part of a group, a soriety or frat, a gang or pack that’s less tied by normal or business restraints and  rules…keep in mind some words do hurt. A lot. They aren’t cute or funny. they just hurt.

Maturity ultimately plays a big role in all this.  When I told the kids not to use the word “suck”, they made fun of me, said I was old fashioned, they were annoyed and  defended the word. Because they were childish and immature.

When I corrected the twenty five year old boy he laughed and said, “Oh f*** I forgot, I’m sorry.” At least he had the maturity to understand and he tried to correct. I was proud of him. He didn’t make excuses! What a man.

In the end I guess we all need to understand, words are powerful. That’s how the majority of our human communication takes place.  And words stay with us, even after they’ve been explained away. They can have long lasting effects, intended or not. So in the future I’m going to mind my Ps and Qs, look for good words in life and try to be kind every dy.