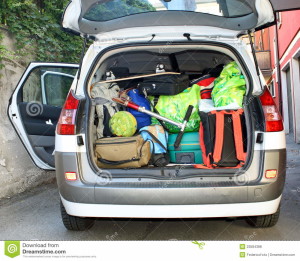 I had to get my pick up truck worked on today and two young service guys were looking in the bed at my son’s skateboard. Then one of them said, “Man you got all the good stuff back here, look there’s fishing poles, the skateboard, a ramp for a dirt bike and boxing gloves.. He must be a pretty cool kid.”

I smiled and said,”That’s what happens when you don’t let them play video games.”

I’ve written about this several times but I think it bears repeating. As the mother of four I’ve made plenty of bad decisions…plenty. But one of the best decisions I made came twenty five years ago.  A friend gave mary and Jack where were just three or four this weird thing we hooked up to our tv. there were two controlers and they could play games like Duck Hunt and Super Mario Brothers. It was strange and everything looked like it was made out of Legos but the kids liked it, they liked it so much they wanted to play all the time and whined when I made them stop to eat or go to bed.

They didn’t want to do anything else. And then they started fighting about the games. Jack and Mary never fought but they were Hell bent on war over that box attached to our tv, which was tiny. I think it had a twelve inch screen, so the kids had to huddle up as though they were sitting around a campfire in order to play.

Finally, after a week, I put that whole mess in a grocery bag and gave it back. The kids were shocked and mad and sad, but I didn’t care. It gave off bad vibes, like a Ouija Board.

Latter, Jack thanked me. He swears he reads books and writes songs because I never let the online computer gaming, X-Box mania eat our children.

I didn’t care if they played all that stuff when they went to visit friends. I just didn’t want it in my house.

A few years latter Jack and Mary both insisted I raise their younger brother and sister under the same rules. Because looking back they decided they had a better childhood without all the screen time.

So far I’m feeling pretty good about my kid’s track record. Three out of four have gotten full rides to college. They have all had major mess ups and blow ups and derailments but so far they are awesome.

And Sandor the baby is 12. He’s the one will all the junk in my trunk, because I’ve listened to Jack and Mary and Lexie. As a result he plays drums, the guitar and trumpet.  He works out and loves his dirtbike and skateboarding. If the sun is shining he and his best buddy, Sam, are playing, like boys, like we used to.

It’s too late for us to all put the video and computer games in a grocery bag and simply give them back. But I think parents need to stop allowing their kids to have unlimited access to gaming at home and on the go. I watch kids riding in cars at baseball games and taekwondo tournaments and when they aren’t directly involved they stare at game boys and tablets, completely anti-social.

Kids learn everything by exploring, by being curious, by being bored. That’s when they invent the best games. When they look out the window on a long drive, when they are bored they begin  learning and seeing and imagining.

We need to give that back to our children. They deserve to be bored and restless and desperate for something to happen so they can learn to be creative, imaginative and inventive.

One thought on “Junk In My Trunk”