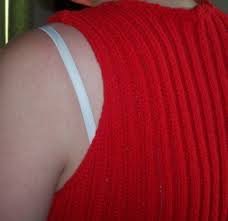 It’s an old story but I’m still surprised. Some women just can’t stop being bitches. The worst ones are those who do it in the name of friendship. Because that means one of two things. 1. They don’t actually understand the meaning of friendship or 2. They are liars.

My oldest daughter, Mary, recently got a great new job. She’s so excited, I’m so proud and almost all her friends are so proud. Except for one. Melissa. Instead of saying “congratulations” the first thing out of her mouth was, “Oh my god, you don’t have any experience like that. How are you gonna pull that off?  And no offense, you don’t even have the right clothes for that job.”

That’s an unbelievable mean spirited comment and only works to undermine Mary’s confidence (if she actually cared what Melissa thought). Is that what Melissa was trying to do? She says, “No! of course not!” But the truth is Melissa has been stuck in the same lame job for five years. She doesn’t have the guts, drive or intelligence to work her way up and she want’s to keep everybody down in the ugly trenches with her. If you step back and think about it, Melissa’s comment just makes her look pathetic and jealous.

This weekend I was the MC for a  big event, with well over a thousand people. I was nervous because I felt old, but excited too.Things were going along beautifully. Literally dozens and dozens of folks, strangers and friends, stopped me and made positive comments. “You look beautiful,” “You’re doing a great job,” “Take a picture with me.”

Then a “friend” stopped me and smiling said something like, “Hampo, I’ve got to take you shopping.” Seriously? I was stunned. Moments later I had to take the mike and get back up on stage.

Her comment was not helpful, friendly or funny. And even if it was true, why would a “friend” say something like that when there was nothing I could do to change the situation?

A real  friend would say, “Your bra strap is showing” or “you have lipstick on your teeth.” Cause that’s fixable.

Maybe other people in the audience were thinking the same thing, fortunately they had enough tact and kindness of heart not to say anything. Or maybe, they didn’t agree with her and I looked just fine.

So why would she say something so unnecessary and bitchy?

I hear people make derogatory remarks about this person’s and other’s appearance but I would never never ever repeat them because that’s not what friends do.  Friends build each other up. Period.

I always told my kids the one thing they can not say to friends is, “No offense but………”

If you start a sentence that way you are going to something mean and hateful. Sure, it might be true, but that doesn’t give you the right to say it! And I told them not to trust kids who start  sentences with “No offense but….”

Mean girls are the same in third grade, in your twenties and right on into old age. Wish them well, be respectful, maybe even have a beer together but watch always your back.