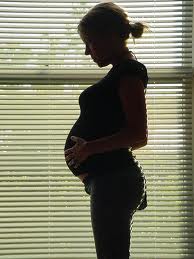 As a brand new crop of kids turn eighteen and nineteen there is a roar of power and then a groan as roughly twenty five percent of them do something profoundly stupid. One in four will make a mistake so big it will literally change the course of their lives.  They will get pregnant, they will flunk out of school, they will fall in love with some dude in a foreign country then take out a bunch of student loans and send the money to him. They will get busted with drugs and lose their scholarships, they will get a tattoo of an electric guitar  on their forehead.

At eighteen they have the power and authority  to do things on their own, without our permission. The problem is their brain is still developing.  It won’t be fully cooked for a few more years.  So they have adult authority and responsibility but they don’t have enough brain power yet. Sure your kid is smart, she scored a 30 on her ACT, but she’s still really dumb in some ways. And it’s not one hundred percent her fault.

Remember, your kid didn’t get pregnant or get fired for flipping of the boss, or get thrown out of college to hurt you. They did it cause they are dumb and immature. It’s not about you so stop acting like it is..

I’m writing this for two reasons,

First: I’ve been through it and I know how horrible it is to watch a child you love more than life itself screw up so profoundly. You and every other adult tell your kid she’s about to wreck her own world. But she won’t listen. She’s eighteen. She can do what she wants and you literally can’t stop her. I’ve been there.

The second reason is because there are parents out there who are messing up just as badly. I keep running into kids who have done something stupid and horrible, like flunking out of college freshman year, and their parents don’t just get mad….they basically cut them off and won’t forgive them.

Hey parents, stop screwing up like that! Go on get mad, be furious, break stuff, don’t talk to them for a couple of weeks, stop paying for their phone or car or whatever. But then….it’s your job…to help them move forward, past the terrible mistake.

If they are sorry and realized they screwed up big time, you have help them get back on track.  It might take a year for the anger to go away, but it’s your job as the adult, with the fully formed brain, to help them back up.

If she’s pregnant you have to help, you can’t just throw up your hands and say “well that’s it, I’m done.”

If your brilliant boy is out of school and working at Taco Bell because he never went to class and just played video games for three months he’s probably learned his lesson. If he wants to go back to college help him.  Notice I did not say pay for it, but help him find a way.

If your kid moved to Colorado as soon as he turned eighteen because there’s legal pot there, then falls flat on his face. Forgive him after a while and give that boy a hand.

When I blew up my own universe as a sophomore in college, my mom eventually forgave me and helped me get my dumb ass 19 year old self straightened out.

When Mary obliterated her promising future the day she turned eighteen we were all so mad and heart broken, we could barely look at the girl. But eventually we forgave and she succeeded mightily.  In our house we call it “Mary Part Two” and it’s a very real and important thing.

I have a friend who’s son got messed up with drugs when he was eighteen or nineteen. He ended up robbing a shoe store with an unloaded gun.  He will be released from prison when he’s thirty. But while he was locked up his mom never gave up on him. He went to school and learned how to be a plumber and electrician.  He’s already got a job lined up and the boy isn’t bitter.  He told his mom he’d probably be dead if he hadn’t gone to prison. He’s going to go on and have a successful life and I’m so proud of his entire family.

Parents you can’t give up. Don’t make it easy on them but you have to forgive and love and encourage. It’s the job God gave you when he blessed you with that child. Now do it.

If you like this: buy my book. It’s fun and cheap…on Amazon.

4 thoughts on “Idiot Eighteen Year Olds….. Part I and II”