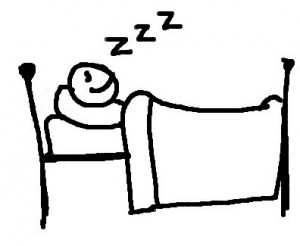 When I put on my big boy pants and commit to vacuuming my eleven year old son’s room I go through most feelings one experiences when faced with the  death of a friend. Fear, grief, anger,  denial and then acceptance.

I also find the most astonishing and disturbing items. Today that list included a twenty dollar bill I gave him to buy me a birthday present. There was a pile of what I believe was dried up cat poop….but we don’t have a cat.  I found a pair of shoes he lost last month so we had to go shopping again to replace them. The ten or twenty  uncooked spaghetti noodles under his desk kind of made me wonder and clogged up my vacuum. Of course there was the typical stuff too, ping pong balls, shot glasses filled with colored water and a single fuzzy slipper. But the bra I didn’t recognize under his bed kind of shook me. What has this kid been doing in his room?

I have to do these “throw away” missions when Sandor isn’t home because he’s a strangely sentimental pack rat.  His father is a pack rat because he believes at some point he’ll need fifteen empty coffee cans and the electric drill that doesn’t work.  Sandor hangs on to everything because he’s an incredibly sentimental boy.  He’s not wimpy, he stays dirty sixty percent of the time, loves playing foot ball in the mud and spitting watermelon seeds and cherry pits.  But when it comes to his family or childhood he saves everything. He won’t let me throw away old school books, “what if I forget my teachers.” I wasn’t allowed to throw away a cheap broken yo yo because “it’s the first cool think Nick gave me in kindergarten.” The broken drum sticks have a special place, “those were the first drum sticks I ever broke!” And any out of focus family picture goes in a special drawer.

Then I found something that made me sit down on the edge of his bed. It was a little black and white composition book with his name written on the cover.

Inside he and his best friend had written some rules in their terrible crooked handwriting.

1. Stick up for friends!

2 Be sly around girls.

3 never cook bacon with shirt off!

6 Stick up for bros

7 Stick with your girl till it gets bad.

8 Be a safe but cool driver

I’m going to have to talk to him about the cat poop and bra. But I think the kid is doing ok.

If you liked this order my book Raising Kids You Actually Like on Amazon. It’s fun and cheap, only 2.99!

2 thoughts on “Cat Poop Under The Boy’s Bed”