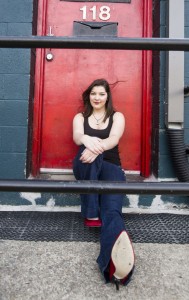 Sandor and I helped Lexie move into her college dorm room today. It was terrible.

We did all the usual stuff, moved the bed, ran back to the store to buy cleaning supplies and a garbage can.  I gave her a hard time for not bringing a picture of me or Sandor.

Then it was time to leave her there on campus, surrounded by smiling frat boys who offered to carry heavy stuff and cute girls who were very helpful and friendly. While we were hugging for a really long time the tears started. Mine and Sandor’s, not Lexies.

I’ve done this three times and all three of my kids have earned full scholarships to college so yes, I’m really proud of them.

A million years ago a wrote a novel, Invisible Branches. I described waiting for the school bus to bring Mary and Jack home, and when it did and I heard them laughing and running up the driveway I felt like my heart was home.  Now it’s in a dorm room an hour away.

One of the things gnawing at me, is the thought that I haven’t taught her enough or she wasn’t really listening when I warned her about the dangers of drunken frat parties, the dangers of a real city. All my kids are ridiculously confident and strong. Sometimes caution is a good thing.

She’s good at handling her money, actually cheap, but what if…

She loves to work out and eats pretty well, but what if…

I’m worried she won’t get enough sleep, she’ll meet charming handsome bad guys, she won’t ask for help when she needs it, she’ll forget to lock her car doors when she’d driving at night and will pay too much for college text books.

Obviously, Lex will be just fine. She listened when I lectured. She knows what she’s in for.

But coming home from work will never be quite the same for me.